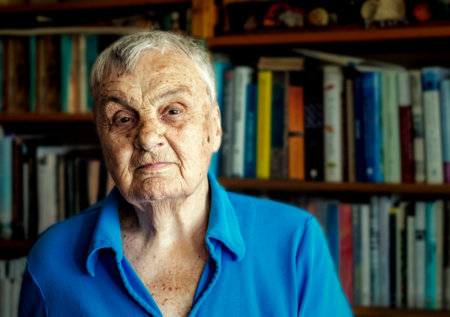 EVE ZAREMBA is the author of six mystery novels featuring lesbian P.I. Helen Keremos. Active in the Women’s Liberation Movement in the seventies and eighties, Zaremba was a founding member of the Broadside Collective, which produced a monthly feminist paper in Toronto from 1979 to 1989. She has written articles and reviews in a number of other publications. In 1972, Zaremba selected and edited an early work of feminist non-fiction, The Privilege of Sex: A Century of Canadian Women (Anansi).

Born in Poland, Zaremba emigrated to Canada in 1952 after a stint in the United Kingdom; she graduated from the University of Toronto in 1963. Over the years, Zaremba has made a living in advertising, marketing, real estate, and publishing. While writing two of her novels, she ran a used bookstore in Toronto. Zaremba is a long-standing member of The Writers Union of Canada. She lives in Toronto with her spouse, Ottie Lockey, a filmmaker, arts consultant, and coach. Lockey commissioned the graphic novel adaptation of Work for a Million in 2017 and guided its development through a Kickstarter campaign and eventual publication by McClelland & Stewart.

Work for a Million (Graphic Novel)