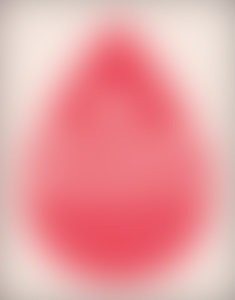 Chella Quint is a designer, writer, performer and period educator, originally from Brooklyn, New York, and now based in Sheffield. She originally worked as a drama and PSHE teacher before becoming one of the UK’s top experts on menstruation education. Her solo shows, public engagement projects, design installations and print zine, “Adventures in Menstruating”, have inspired and informed adults and children alike in the UK and internationally; her zines are sold in the US and she has performed at events and festivals in the US, Europe, and Ireland. Chella is the founder of the Period Positive movement and the hashtag #periodpositive, an initiative which challenges menstrual taboos and combats period poverty, and has more recently launched the Period Positive Pledge, a global framework designed to help governments develop menstruation-inclusive policies and outreach – this initiative has now expanded beyond the UK to include a network of Global Champions in countries including the US, Canada, Kenya, Germany and India. Chella has frequently contributed to national print media and radio as well as having her work cited in both popular non-fiction books and academic works. She has worked with a number of charities and NGOs including Plan UK and WaterAid. A founding member of the Menstruation Research Network (now The Ending Period Poverty Network) and a current member of the Society for Menstrual Cycle Research, she is currently researching a PhD at the prestigious Lab4Living institute for design and health – her research explores taboos around lifecycle changes (including menarche and menopause) and their impact on product design and consumer agency.