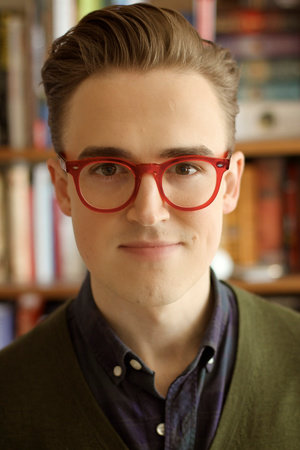 TOM FLETCHER is one of the UK’s bestselling authors for children. The Christmasaurus was the biggest debut middle-grade novel of 2016 in the UK, and The Creakers was a number one bestseller. Tom is also the bestselling author of picture books There’s a Monster in Your Book, There’s an Elf in Your Book, and There’s a Dragon in Your Book, which received a Children’s Choice Honor1. The Dinosaur That Pooped picture books, written with his bandmate Dougie Poynter, havesold over a million copies. With his wife, Giovanna Fletcher, Tom is the author of Eve of Man, the first in a YA trilogy. Tom’s books have been translated into thirty-two languages and counting. He is also a songwriting, guitar-playing, Guinness World Record–holding, diaper–changing, galaxy-defending dad!

There’s a Bear in Your Book

There’s a Dragon in Your Book

There’s an Alien in Your Book

There’s a Unicorn in Your Book

There’s a Monster in Your Book

Who’s In Your Book?