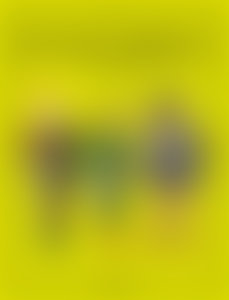 An illustrator and comedy writer, DYNA MOE lives in the semi-hip neighborhood of the East Village, conveniently located between the Lower East Side (hippest neighborhood, late 90s) and Williamsburg, Brooklyn (hippest neighborhood, 2000s). Part of the first generation of performers at the Upright Citizens Brigade, she has written, directed, and taught comedy for more than 15 years. As an illustrator, she has drawn for a vast array of fashion designers, record companies, and media in print and online.

How did you start creating the Mad Men illustrations?

Rich Sommer, who plays “Harry Crane,” and I were both members of the comedy community centered around the Upright Citizens Brigade Theatre in New York. Once the first season of Mad Men started airing, I got back in touch to tell him how much I enjoyed the show and we emailed back and forth for a little bit—me asking nitpicky insider questions and him graciously answering them (there’s a lot of downtime on a set, I guess).

He asked me to help him come up with a Christmas card idea he could send to his fellow cast members that year and I suggested nicking the look of advertising cartoons of the time and drawing the 1960 Sterling Cooper Christmas Party. From there… everything else.

Have you been a fan of the show from the beginning?

I started watching it about three or four episodes into the first season. I don’t have cable, so I rely on the largess of neighbors and the bounty of the internet.

Are you a fan of this time period?

I am a fan of mid-century design and not so much a fan of institutionalized misogyny and racism… so 50/50.

Who is your favorite character to illustrate?

The elusive Dale. He appears nowhere in this book.

How did you decide which scenes to feature in the book?

Since the concept of the book is focused on background information on historical and cultural topics relevant to the Mad Men era (1960 – 1964ish), the topics covered dictated what the illustrations would be.

What does the cast think of your illustrations?

The cast members I’ve met or with whom I’ve emailed are enthusiastic—violently enthusiastic in some cases. If any other actor hates the way I draw them, he or she is well mannered enough to stew in silence.

What’s some of your favorite features from the new book?

I think people will enjoy the themed menus of period recipes, unless they actually try to cook the food. These recipes are better in theory.

What’s next for Dyna Moe?

I’m focusing back on comedy and filmmaking. A series of shorts I made with my colleague Mitch Magee will be airing on HBO as a part of the second season of Funny or Die Presents.