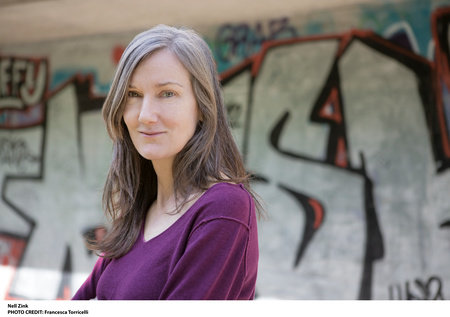 NELL ZINK left Southern California for eastern Virginia in 1972, aged eight. After completing a B.A. in philosophy at the College of William and Mary, she worked mostly as a secretary, with stints in masonry, technical writing, and translating. In 2000, she moved to Tübingen, Germany, and now lives near Berlin. Her books include The Wallcreeper, Mislaid, Private Novelist, Nicotine, and Doxology, and her writing has appeared in n+1, Granta, and Harper’s Magazine.