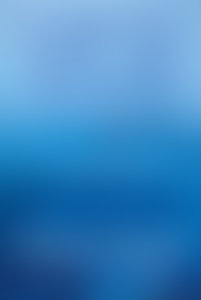 A graduate of York University and a Woodrow Wilson Scholar, Michael Harris began his career in journalism at CBC television where he became the host of The Harris Report, an investigative and current affairs show. He worked for the Globe and Mail as Atlantic Bureau Chief and later as a senior parliamentary correspondent based in the Ottawa Bureau.

Michael was founding publisher and editor-in-chief of The Sunday Express, the newspaper that broke the story of the abuse of  boys at Mount Cashel orphanage, and exposed the Sprung Greenhouse fiasco that cost Newfoundland $30 million. He later became Executive Director of News and Current Affairs at the Newfoundland Broadcasting Corporation, an affiliate of CTV. While with NBC he wrote and produced two award winning documentaries: Unholy Orders was shown on the CTV and PBS networks and won a silver medal for the best news documentary at the New York Festivals. Vanishing Point, about the collapse of the Atlantic cod stocks, won a silver Canpro award. After a period as National Affairs Columnist for the Sun News Service, he joined CFRA radio in 2000 to host Michael Harris Live.

Michael has written eight books; and has received several awards for journalism including a Radio and TV news director’s award, the Center for Investigative Journalism Award, and  two Michener Awards (honourable mention).  Justice Denied: The Law Versus Donald Marshall, led to the Royal Commission on  Marshall’s  wrongful conviction. Unholy Orders: the Tragedy at Mount Cashel, won Book of the Year from the Foundation for the Advancement of Canadian Letters, and helped expose similar abuses in the US, Australia, and most recently Ireland. Rare Ambition: the Crosbies of Newfoundland, was FACL Book of the Year and APBA Booksellers Choice Award as well as TORGI Talking Book of the Year. The Prodigal Husband: the Tragedy of Helmuth and Hanna Buxbaum, won the Arthur Ellis Award for the best true crime book in Canada. Three of Michael’s books have been made into movies, including  The Judas Kiss: The Undercover Life of Patrick Kelly,  which became the basis of an Alliance Atlantis movie starring Paul Gross. (Michael played a cameo role as a TV talk show host in the movie.) Lament for an Ocean: The Collapse of the Atlantic Cod Fishery was short listed for the Donner prize for best book on Canadian Public policy.

Michael’s work has sparked four Royal Commissions of inquiry and he was named to the Task Force on the Reform of Correctional Services in Ontario, after his book Con Game: The  Truth about Canada’s Prisons was published. He has also written magazine articles, several television screenplays, and a children’s book called A Forest for Christmas.
Michael has been a judge for the Governor General Awards for non-fiction as well as for publishing grants and the National Magazine Awards. He has hosted The Great Canadian Debate on the CTV network show Sunday Edition, as well as the series Cold War and Literati on PBS; and has made guest appearances on Oprah and Donahue to discuss his books.

Michael has given numerous keynote addresses including to the Dalhousie Law School and the National Association of Police Chiefs. He holds the Confederation medal and the Queen Elizabeth Golden Jubilee Commemorative medal. In the fall of 2009 he assumed the Irving Chair in Journalism at St. Thomas University, and broadcast his show live from the university. Michael was awarded the degree of Doctor of Laws (honoris causa) by Memorial University at their Fall 2009 Convocation for what the university describes as his “unceasing pursuit of justice for the less fortunate among us.”

Lament for an Ocean