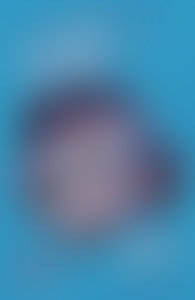 Michelle Jabès Corpora is a writer, editor, community organizer, and martial artist. In addition to working in the publishing industry for more than a dozen years as an editor and concept developer, she has ghostwritten five novels in a long-running middle-grade mystery series. American Horse Tales: The Dust Bowl was Michelle’s first novel under her own name. Her second novel, The Fog of War: Martha Gellhorn at the D-Day Landings (Pushkin Press), published in 2021.

Benjamin Dawe is an Artist and Creative Director with a lifelong love of both comic books and the horror genre. With a degree in Design and Interactive Media, Benjamin has worked as a Designer and Creative Director with such companies as Def Jam Japan, Village Roadshow, and Electronic Arts, where he worked on such franchises as Need for Speed, The Sims, and Plants vs Zombies.

Aside from developing the illustrations and concept for Holly Horror, recent projects for Benjamin include an art collaboration with Mattel celebrating 40 years of Masters of the Universe, posters commissioned by Horror streaming platform Shudder and a merchandise line for the 2020 Horror Comedy feature “Psycho Goreman.”

He currently lives in Melbourne, Australia, with his partner, two children, and two cats.

The Fog of War