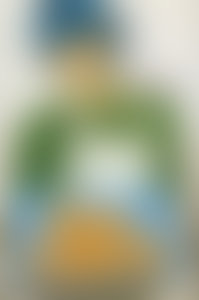 This is Alex Bradley’s first novel for teenagers.

Where did you grow up?
I was born at the age of four and grew up on a farm in Missouri. One of my earliest memories is of a cat waking me up by purring in my ear. My family flew a lot of kites. Our driveway was so long that it was like walking to the other side of the moon. There was a shortcut across the hill, but still, my point remains.

When did you start writing?
I don’t remember. Probably when I was about four. I wrote all my letters backwards, but I got them turned the right way soon enough. I write, eat, and shave with my left hand, but do everything else right handedly. Pretty special, I know. I can also curl up my tongue and whistle through it.

I was good at writing in grade school and junior high. I was the kid who wrote stories that were so charming that my teachers would read them out loud to the entire class. Worse yet, sometimes I was rewarded by having to read the story aloud myself. Not much of a reward, I know. By the time I was a teenager, I realized I actually wanted to be a writer, especially if it meant I never had to wear a tie.

Why do you write for teens and what interests you about this audience?
I write for teenagers because they inhabit the space between childhood and adulthood. This just makes for darn good stories. Also, teenagerhood is pretty short. It begins, it ends, and suddenly you’re an “adult”. Because it¹s so short and because it¹s a border between childhood and adulthood, it can be an intense time. Plus, the hormones.

When you were in high school, were you anything like Jack Grammar?
I think he’s cuter than me. But, yes, I guess I was sort of dorky in a nice way. I certainly never dated 24 girls in 7 days. If only. But I have dated 7 girls in 24 years. I tell you what, though, I would have liked to have been Jack¹s friend. He¹s a good guy.

Did you go to your prom? Did you have a date?
I didn’t go to junior prom, but I did go to senior prom and I asked a friend of mine who I really, really liked and we had an absolutely wonderful time and pretty soon after that she became my girlfriend. Woo hoo! Shout out to Gina G.!

Is it true you live in a house made out of strawbales?
No, that’s a vicious rumor. My archnemisis spreads rumors like that around all the time. My house is a normal house.

Have you ever been to Iceland?
No, but I’ve always wanted to go. Hey, what the bleep kind of question is that?

Just curious, that’s all.
Okay. Fair enough. I like the way you think.

I like your hat.
Oh, thanks. It’s just something I picked up on the street.

What do you mean?
I found it in the street.

Oh. Okay… Um…Back to the interview. Yes, let’s see. Uh, what are your hobbies?
Cooking, fishing, bicycling. I used to collect stickers. I just got a digital camera, so my new hobby is hilarious self-portraits. I also take pictures of good-looking food, and I¹m going to make a scrapbook filled with these pictures called “Good Eats”. I know, I’m a guy, and I¹m not supposed to be scrapbooking. But thems rules be crazy.

What were some of your previous jobs before you became an author?
I’m not a very good worker. In high school I was a lifeguard, which was pretty cool. As an adult, I taught college for a little while.

Have you started working on your next book? Can you give us a sneak peak?
Yes. Absolutely not. Better luck next time.