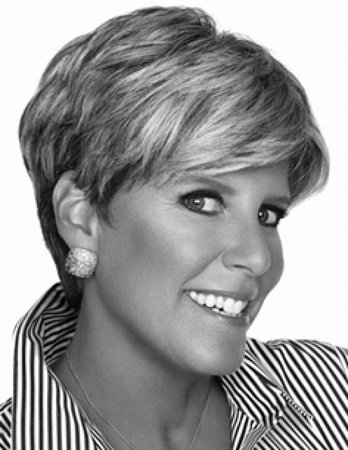 Suze Orman is a two-time Emmy Award–winning television host, #1 New York Times bestselling author, magazine and online columnist, writer/producer, and one of the top motivational speakers in the world today. Orman has written nine consecutive New York Times bestsellers and has written, co-produced, and hosted seven PBS specials based on her books. She is the seven-time Gracie Award–winning host of The Suze Orman Show, which airs on CNBC. She is also a contributing editor to O: The Oprah Magazine. Twice named one of the “Time 100,” Time magazine’s list of the world’s most influential people, and named by Forbes as one of the 100 most powerful women, Orman was the recipient of the National Equality Award from the Human Rights Campaign. In 2009 she received an honorary doctor of humane letters degree from the University of Illinois at Urbana-Champaign and in 2010 she received an honorary doctor of commercial science from Bentley University. Orman, a Certified Financial Planner™ professional, directed the Suze Orman Financial Group from 1987 to 1997, served as Vice President—Investments for Prudential Bache Securities from 1983 to 1987, and was an account executive at Merrill Lynch from 1980 to 1983. Prior to that, she worked as a waitress at the Buttercup Bakery in Berkeley, California, from 1973 to 1980.

The Road to Wealth

The Money Book for the Young, Fabulous & Broke

The Ultimate Retirement Guide for 50+

The Adventures of Billy and Penny