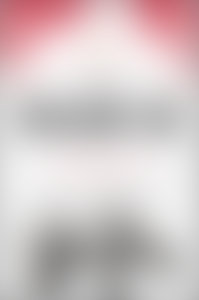 And Then There’s This

It’s the new way we find out about things, the new means by which we understand our society and our world. Instead of a small number of large media outlets and corporations telling us what the culture is about—what new music to listen to, or shows to watch, or books to read; which news stories are important and which aren’t—we now have an explosion of sources, all vying to show us new things, to tell us new stories. The result is that we’re bombarded by new stories, every day, all the time. Although it’s the Internet that has made this change possible, I see “viral culture” as being bigger than just the Internet. The whole way we understand our world is being reinvented on the Internet model.

It’s the new way we find out about things, the new means by which we understand our society and our world. Instead of a small number of large media outlets and corporations telling us what the culture is about—what new music to listen to, or shows to watch, or books to read; which news stories are important and which aren’t—we now have an explosion of sources, all vying to show us new things, to tell us new stories. The result is that we’re bombarded by new stories, every day, all the time. Although it’s the Internet that has made this change possible, I see “viral culture” as being bigger than just the Internet. The whole way we understand our world is being reinvented on the Internet model.

How did this book come about?

In 2003, I put together a social experiment in New York that used viral emails to create what I called “inexplicable mobs” of people for ten minutes or less. Within weeks, it spread around the world and became the fad called “flash mobs.” I had meant the project as a joke, even as a sort of prank, but after it spread so widely I realized I needed to take my joke more seriously. I became really interested in the way that ideas spread through the Internet—not just silly trends like mine, but more serious ones too, in music, politics, business, and more. I decided that I wanted to write a book where I did more experiments of my own, but also, along the way, followed other people’s efforts in cultural contagion.

Why start with Blair Hornstine, the briefly notorious high school senior who sued for valedictorianship?

At the very beginning of the book, I define the basic unit of viral culture as the “nanostory” that is, a tiny, seemingly meaningless narrative that ricochets out through multiple media outlets, both large and small, to reach a huge audience. As I said before, I don’t see this as just an Internet phenomenon—the concept of the nanostory will be clear to anyone who watches cable news, for example, or listens to talk radio. But my argument in the book is that the Internet, with the way it allows thousands of amateurs to spread stories just like the pros do, is amplifying this process where tiny stories becomes miniature sensations overnight.

The “nanostory” of Blair Hornstine was going on at the exact same time that I was planning the first flash mob, and I remember having thought a lot about it at the time: just how crazy it was for this poor high-school girl to become a nationwide symbol for a few weeks, and then get entirely forgotten. I decided to begin the book with her for two reasons: first, because she’s a very human story; and second, because I wanted to make it clear up front for readers (especially those who might be turned off by “technology” books) that this isn’t just a book about the Internet: it’s a book about how we tell stories today.

You’ve divided the book into different experiments you carried out—internet campaigns and flash mobs, for example. How did you choose your material?

Idiosyncratically! I definitely didn’t set out to describe every viral phenomenon I saw, because that would have been impossible to compile (and not very fun to read, either). I also thought very carefully about which stories would still hold some interest for an audience that was reading about them months or years after the fact. One major theme of the book is a sort of cultural spoilage: the way that things we’re obsessed with as a culture today come to seem, even a few weeks later, like the most irrelevant things in the world. So I tried to pick particularly funny stories, or ones that very vividly illustrated the basic concepts that I believe are at work underneath all this viral media.

I also perform five of my own experiments in the book, one in each chapter, and a lot of my decisions about what to include were driven by the construction of the chapters. I wanted my own, sometimes silly misadventures to always be balanced out by my reporting about more important phenomena and concepts. So the book wound up breaking down into five chapters. The first is about the flash mob experiment, and the basic psychological concepts of boredom and herd behavior that drive cultural contagion; the second is about online music, as an example of the larger phenomenon of spreading arts and culture in an Internet-driven marketplace; the third is about a competition I entered to create viral websites; the fourth is about so-called viral or “word-of-mouth” marketing, in the business context; and the fifth is about American politics.

You seem to have done a fair amount of work on websites and campaigns of your own (some of it pretty costly). Is this a hobby of yours, or was it all in the name of research for the book?

It’s definitely a hobby of mine. In my writing, I’ve always been a satirist first and foremost, and one thing that’s drawn me to the Internet is that the online viral sensation has emerged as an unparalleled medium for making people laugh. In part, that’s because the Internet is so democratic: it’s so cheap and easy to create something online that looks professional and then find a huge audience with no promotion at all. But the same is true of more serious viral projects, too. Part of the premise of this book is that the silly stuff and the serious stuff bear similarities that aren’t just superficial.

You discuss “memes” pretty often—how would you describe a meme?

A meme is an idea that spreads through the culture like a virus. The word was invented by the biologist Richard Dawkins, who meant it as analogous to the word “gene”: just as genes, through natural selection, replicate themselves as widely as possible, Dawkins saw a possible cultural analogue where these so-called “memes” spread by moving from mind to mind. I do use the word “meme” frequently in the book, because it’s become a common word in digital circles to describe contagious online phenomena. But I also coined the word “nanostory” as a substitute, for two reasons: first, to accentuate how narrative, a human need for storytelling, underlies these viral phenomena; and second, to make it clear that these stories spread not so much their own inherent contagiousness (as Dawkins believes about genes and memes) but because of the social pleasure we get in seeking out new stories and then spreading them.

You talk about viral culture psychologically, linguistically, and artistically—yet it seems that a lot of what becomes popular virally doesn’t involve a lot of thought. Do you think there’s a paradox between the complexity of how we’re affected in this viral culture, and the simplicity of how we actually behave?

This is what Marshall McLuhan meant when he famously declared that “the medium is the message”—that as much as we ponder the content that we’re sending over new media, often the most important cultural “messages” are in some sense intrinsic to the media themselves. The way a medium lets you say things, and the way it presents those things to readers or viewers, exerts a sort of gravitational pull over what’s communicated. When I hypothesize in the book about the psychology and sociology of viral culture, I’m not implying that we’re conscious of it; instead, it’s like the technology is conspiring with human nature to force our behavior in a certain direction.

In the book, you talk about how these websites and memes can start a conversation among people. Do you think that viral culture has made us more connected?

I think it has allowed us to make more connections, but I worry that at the same time it’s made those connections less deep. Think about Facebook, for example: it lets us keep up with more people than we otherwise could, but it makes our relationships more stretched and fragmented, more dependent on tiny bursts of communication—little shared links, photos, notes. It’s allowed us to manage huge networks of acquaintances, but I fear that in doing so it spreads us too thin for real friendship. By the same token, in these other realms of expressive endeavor, such as music, writing, politics, etc., I worry that viral culture encourages an attitude of permanent novelty and permanent distraction. I say all this as someone who believes that these technologies are, by and large, a good thing—or at least an exciting and inevitable thing. I wouldn’t argue that anyone should throw away their laptop or even drop out of Facebook. But I think we need to be aware of the psychic costs.

How much did your journalistic work affect the way you wrote this book?

As a writer and editor, I’m a big fan of “participatory journalism”—reportage where the journalist becomes part of the story. It was important to me that as I traveled through this world of viral culture, I wouldn’t just relate other people’s stories but would also roll up my sleeves and get involved in it myself. To me, the experiments aren’t just an opportunity for comic relief—they’re a way to keep the focus on the experience of living in this new cultural landscape, rather than assuming the outsider position that traditional journalism takes.

Why is this book relevant to the population at large—particularly to people who think that viral culture doesn’t affect them?

Most Internet books are written by technologists—people whose primary professional orientation is thinking about new technology and speculating about what impact those technologies will have. That’s not me at all. I’m an editor at a literary magazine. And this was a huge motivation for me in writing this book: to describe the state of Internet culture from a perspective that’s connected but humanistic at the same time. The Internet is no longer an exotic realm that only technologists can guide us through; it’s now an inevitable part of all our lives, affecting not just our online communities and modes of thinking but our offline ones, too. And so I tried to write a book that isn’t just about the Internet, but addresses the way new media change the way we see ourselves.