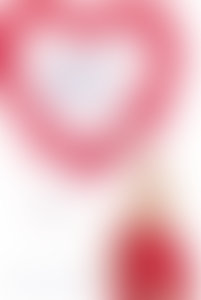 Heather Hepler grew up in North Texas. She has lived in Reno, on the coast of Maine, in the interior of Alaska, and near Death Valley, but she currently is being held against her will in Tyler, Texas. She holds a Master’s in Library Science from the University of North Texas and an MFA in Creative Writing from the University of Southern Maine. She works as a reviewer for VOYA, Kirkus Reviews, Publisher’s Weekly, Library Media Connection, and The New York Times. Her first novel, Scrambled Eggs at Midnight (Dutton) is set for release in May 2006. The second, The Dream Factory (Dutton) will be released Spring 2007. Her writing has also appeared in the Southwest Review and the Cincinnati Review.

WHAT WAS THE INSPIRATION BEHIND SCRAMBLED EGGS AT MIDNIGHT?

Heather:
I wanted to write a smart book about falling in love and by smart I don’t mean “thinky.” I mean a book that explores what love can be like when you just let yourself fall. When you just forget about getting hurt or being cool or acting aloof. When you stop trying to figure it all out in your head and you just let your heart take over and lead you. I wanted to write the book that I wanted to read when I was in junior high and high school.

Brad:
When Heather asked me, even though I’d never thought of writing a young adult novel, I realized it was exactly what I wanted to write, because when I was that age books were everything to me. Books and music opened up the world to me when I was that age, showed me how human hearts really worked, and I wanted to write that kind of book. Plus I knew working with Heather would never be boring.

CAN YOU EXPLAIN THE PROCESS OF WRITING THIS BOOK TOGETHER? HOW LONG IT DID IT TAKE? WOULD YOU DO IT AGAIN?

Heather:
It started out as a game – a let’s see if you are smart enough to work yourself out of some corners game. At first it was just Brad and I sending emails back and forth every couple of days with a new chapter attached. We didn’t talk at all about plot or characters or scenes – we just wrote, trading chapters and responding to each other’s characters. Getting those emails was like Christmas and birthday all rolled together because I never knew what was going to be inside. It was also fun to read about my characters from the outside, from someone else’s perspective. We didn’t plan anything at all until the very end and even then we surprised each other. I don’t think either of us knew how it would end. I know we both were hoping that our characters would be happy in the end, but I think we were both holding our breath a lot.

We already have done it again – finished a second book and are almost already done with a third. It was just too fun to quit.

I am a bit embarrassed to say that this book only took a little over two months to write. It seems impossible that we were able to write it so quickly, but it didn’t seem like work at all. Each time I got a chapter, it was as if I was getting a letter from a friend and I wanted to write back right away. Brad still teases me about the chapter that I wrote in less than 24 hours, but I was just too excited… I couldn’t stop.

Brad:
I would have a chapter for two days, and Heather would call me and say, “What’s the hold up?” But we both kept up that pace, and as Heather said we wrote the book in a ridiculously short amount of time. We figured out some strange things about the whole process, like Heather is a better opener, and I am a better closer. And it was like a game, just having fun, trying to impress or move each other. And yes, getting the new chapters was like Christmas, except sometimes we would throw each other something unexpected. Heather wrote chapter three, where Eliot shows up with green lips. I called her and said, “Why does he have green lips?” and she said, “I don’t know….that’s for you to figure out.” So, yeah, like Christmas, but sometimes the present was one of those fake cans of peanuts with the snakes that jump out.

IS CAL OR ELIOT LIKE EITHER OF YOU IN ANY WAY? ARE YOUR CHARACTERS BASED ON ANYONE IN YOUR “REAL” LIFE?

Heather:
I think Cal is the me I would have liked to have been – smart, vulnerable, trusting, but smart and tough. The only thing that is really based on anyone I know is the way Cal looks – I used my friend, Christina as the model. She has this amazing red hair that curls all over the place and always seems to artfully and dramatically fall over her very green eyes. I also just have a thing for red hair – there is something so unique about it and so beautiful.

Brad:
I think Eliot is very much like me at that age. Of all the characters I’ve written he is probably most like me. And no, I didn’t do fireworks or live at a fat camp—my life was not like his at all. But I think I was like him on the inside, smart but unsure of the world, confident but confused. A real mix of conflicting emotions.

ELIOT LOVES TO RANK THINGS…SOME OF THE QUESTIONS HE ASKED CAL WE WOULD LIKE TO ASK THE BOTH OF YOU!

Favorite meal out?
Sushi – definitely. Wait – and anything chocolate.

Favorite breakfast?
If I am in New York – Zabar’s bagels and coffee, but since that isn’t very often, I love scrambled eggs and toast. Usually I just have oatmeal though – a little brown sugar, a little cinnamon and a splash of milk.

Favorite pizza topping?
Ham and spinach and goat cheese… if I have to pick just one? Ham

Best holiday?
Halloween. I love the changing leaves and the cold air and the mystery of costumes.

Rain or Snow?
Rain. My best days have all been rainy days.

Favorite midnight snack recipe?
It’s not my recipe. It’s my sister’s (thank you Terry…) It seems crazy to make brownies late at night, but in the time it takes these to bake, you get in your pajamas, dig out your favorite DVD, find a big fluffy blanket and hit the couch. You will be in brownie heaven by the time the movie starts.

Pour into a greased or lined 8 inch square pan.

Favorite meal out?
Sushi is high on that list for me too, at the top. And cheesecake, but not at the same time.

Favorite breakfast?
Any breakfast you eat out…it’s my favorite meal to eat out. I love finding old diners with bottomless cups of coffee and waitresses wearing slippers and little jukeboxes at the table. And I will order scrambled eggs and rye toast. And coffee.

Best holiday?
I would have to say Halloween too. I love that time of year, when the air is just cold enough to have some snap in it. And I love how strange it seems, people walking around in costumes, parents congregating on sidewalks, stealing Hershey miniatures from their children.

Rain or Snow?
Rain here too. Every really good day I’ve had, it has rained.

Favorite midnight snack recipe?
Get a bowl, pour into it the cereal of your choosing, then pour milk on the cereal. Eat while wearing flannel pants and a ripped up old t-shirt.

CAL SPENT A LOT OF TIME ON THE ROAD. HAVE YOU EVER TRAVELED CROSS- COUNTRY? WHAT WAS THE BEST PART? IF NOT, DO YOU PLAN TO?

Heather:
I have traveled all over… from California to Texas and back again. From the coast of Maine to Texas. From Texas to Iowa and back (too many times to count and mostly in the backseat). Texas to Florida. (There seems to be a pattern here.) All of these were in a car, but my favorite trip was by bicycle from Seattle to San Francisco.

The best part is that you can just stop anywhere. Find the biggest dinosaur statue or the best doughnut or go to the Garlic Festival in Gilroy, California and have garlic ice cream.

Brad:
I would love to and haven’t yet. My longest trip was from Arkansas to North Carolina, and back again, and once I did North Carolina to Florida to Arkansas. It’s a good way to find the diners I mentioned. And I love driving, just letting the road unspool in front of you, rolling down the windows in the fall, cranking up the radio.

WHAT MADE YOU WANT TO BECOME A WRITER?

Heather:
Honestly, now that I am writing I can’t imagine not writing. I guess for me it gives me a chance to indulge my imagination. It also lets me try to figure out the world from the inside. Brad will probably say it more eloquently, quoting someone like Henry James or something, but I just like writing and I like how it makes me think about things.

Brad:
Well, as Henry James once said….sorry, I’ve got nothing. I just love being in it, inside that created world. When I first started reading, I felt like books were the one thing that let me really see inside people, really see what their messed-up hearts were like. Books told the truth. And I still feel that way, writing them.

IS THERE ANYTHING ELSE YOU’D LIKE TO TELL READERS?

Heather:
I recently read something that said that the most we ever read in our lives is during our teen years. It peaks somewhere between 12 and 16. That same article also said that it was the kind of books that we read during those years that helps us decide whether we will be in that small percentage of adults that keep reading or in the bigger group of people that have bookcases full of nick-knacks. I guess my biggest hope is that I can write books that will encourage people to read always. There are few things better than a big stack of books on a bedside table, a hot cup of tea (or chai or hot chocolate or coffee), and a long evening with nothing else to do but read.

Brad:
Reading is something you can do for the rest of your life, and it never gets old. We would love to hear from our readers, who can contact us through our website…write us and tell us what you think, what you like to read. And keep looking for our books, because we have many, many more to write.