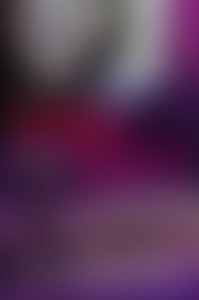 Caitlin R. Kiernan is the author of nine novels, including Silk, Threshold, Low Red Moon, Murder of Angels, Daughter of Hounds, and The Red Tree. Her award-winning short fiction has been collected in six volumes, including Tales of Pain and Wonder; To Charles Fort, With Love; Alabaster; and, most recently, A is for Alien. She has also published two volumes of erotica, Frog Toes and Tentacles and Tales from the Woeful Platypus. Trained as a vertebrate paleontologist, she currently lives in Providence, Rhode Island.

Sign me up for news about Caitlin R. Kiernan and more from Penguin Random House

Alabaster: The Good, the Bad, and the Bird

As I say in my author’s note to The Red Tree, the idea for the novel occurred to me after encountering a particular tree in the woods near Exeter, Rhode Island, back in August of 2006. I happened upon an enormous oak, truly enormous. There were a number of peculiar objects set all about its base—dismembered doll parts, empty wine bottles, a copy of the New Testament missing its fake leather cover, faded plastic flowers, and other things I can’t now recall. For no reason I could put my finger on, I found the sight unnerving, and didn’t linger there. Perhaps, it was only the tree’s relative proximity to the Exeter Grange Hall and Chestnut Hill Baptist Church. The state’s most famous “vampire,” Mercy Brown (1873-1892), is buried in the church’s cemetery. Or perhaps my disquiet arose from the simple, unsolvable mystery of those random objects scattered about the base of the tree. Regardless, like everything else that I see and hear, the oak tree was filed away as potential story fodder. And, two years later, from it grew the novel that became The Red Tree.

I think it’s also important to note that, in many ways, I see The Red Tree as a sort of new beginning for me, as a novelist. I’m still very fond of my early books, say Silk, Threshold, and Low Red Moon. But I’d reached a point as a writer where I felt strongly that I needed to begin a process of reinventing myself. I was acutely conscious of this as I began working on The Red Tree, this wanting to grow, and I think it’s reflected in the finished novel. I might almost say that it’s a more mature novel, thematically and in the sense that I’m writing about relationships between older women. Well, women my own age, and nearer my own age, rather than forcing myself to continue to write characters in their twenties.

Also, this is the first time that I’ve allowed myself to write a first-person narrative at novel length, something I’ve been wary of for years. But now I look at the finished book, and see that this voice has given it a greater sense of immediacy and intimacy. And for The Red Tree, both that immediacy and that intimacy were critical. This is a deeply personal novel for me, possibly more so than any of my earlier books.

Probably, though, the most exciting thing about writing The Red Tree was having the chance to create a book within a book. The protagonist, Sarah Crowe, discovers a dead man’s unpublished manuscript, and then her own story begins to take shape about it. I found exploring this process of accretion utterly fascinating, how one story grew from the other. And writing in those two voices, Sarah’s and that of the dead anthropologist and folklorist who wrote the manuscript she stumbles upon in the basement of an old farmhouse, switching back and forth, having to strive to make both voices equally authentic, I loved that challenge. Add to this getting to work with the incredibly rich, and often bizarre, history and legends of New England, and really, I probably enjoyed writing this book more than any that I’ve done before. It was like solving a fabulously dark jigsaw puzzle, but putting it together in such a way that the reader would also be challenged to work it all out for themselves. It’s a story, and a story within a story, that I hope readers will find as rewarding as I did.