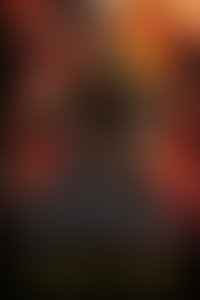 Carol Berg is the national bestselling author of multiple fantasy novels, including Ash and Silver, Dust and Light, Breath and Bone, Flesh and Spirit, The Daemon Prism, The Soul Mirror, and The Spirit Lens. She is a former software engineer. She lives in Colorado with her family.

Who doesn’t love a mystery? Though I enjoy writing fantasy because of the incredible range of ideas one can explore, I read many genres. And I’ve always had a particular fondness for mysteries and double-agent thrillers. I love the combination of reasoning and instinct needed to formulate a theory to fit a chain of evidence. And I enjoy watching the interplay of skills each particular investigator brings to a puzzle. All of my books contain elements of mystery. But as I was contemplating “what project to work on next” when I concluded the Lighthouse Duet, it occurred to me that I had never written a story where a mystery and its investigation drove the plot. For a fantasy-adventure mystery the trick would be to make sure the possibilities of magic would not make true investigative skills unnecessary.

It also happens that I love the tension that derives from mismatched people working together to a common purpose (eg. Holmes and Watson, Riggs and Murtaugh, Seyonne and Aleksander). I already had one character who had lurked in my imagination for many years—a brooding practitioner of magic, a talented man with a big chip on his shoulder, a sorcerer on the verge of choosing whether to pursue his passion for magic into the dark or the light. His name was Dante.

So now I’m thinking what is the mystery, how do I get my broody sorcerer involved in investigating it, and who are his partners?

After spending several years in the myth-bound kingdom of Navronne, the gritty 11th century-style society of Breath and Bone, I decided to leap forward a few centuries into a world experiencing an explosion of scientific discovery and exploration, much like our early 17th century. In our history, this was the age of Newton, Kepler, Galileo, Descartes, Champlain, LaSalle, and Sir Francis Drake. It was the time of Sir Francis Bacon, the philosopher credited with devising the scientific method, who once said, “Many secrets of art and nature are thought by the unlearned to be magical.”

Thus was born the world of the Collegia Magica. In the kingdom of Sabria, as natural science illuminates the “secrets of art and nature,” magic, already on the decline, is being rapidly marginalized. Spellwork is derided as fraud and illusion. The great schools of magic, the Collegiae Magica, are replaced by schools of astronomy, alchemistry, and mathematics. The King of Sabria is an enthusiastic supporter of the new sciences, and sure enough, someone is trying to kill him.

As The Spirit Lens begins, Portier de Savin-Duplais, a librarian who happens also to be a failed student of magic and a poor and very distant relation of the king, is asked to pursue an investigation into an attempt on the king’s life. The inquiry must be secret, because the last man who tried to look into matters has vanished. And the king requires an investigator familiar with magic, because the evidence left from the attempted assassination implicates a sorcerer doing Very Ugly Things.

To his horror, Portier, a very smart fellow even though he can’t actually do magic, gets saddled with a ridiculous partner, Ilario de Sylvae, a foppish young noble with a love of lace, a horror of crocodiles, and a self-imposed mission to entertain all the ladies of Sabria’s court. The king tells Portier that Ilario can “open doors” in court society. But Portier must hire a second partner, a sorcerer who can act as a double agent, infiltrating a cadre of magical practitioners. He chooses a commoner from outside the collegia magica circles, an edgy, violence-prone mage who disdains the traditional practices of magic, but convinces Portier that he can produce the real thing. Dante.

The three agentes confide all have secrets of their own, and the true delight for me in writing this story was developing the odd partnership of such disparate personalities. They struggle with each other as well as duplicity, nasty pursuers, and the rigors of a living a double life, and, as one might suspect, uncover a plot with implications far beyond the life or death of one man. And beyond the scope of one book, too. For although The Spirit Lens, in the grand tradition of murder mysteries, concludes with a trial and conviction, the fundamental nature of the conspiracy remains just beyond Portier’s grasp.

But the reader must not fear, as all will be unraveled in The Soul Mirror and The Daemon Prism, the second and third novels of the Collegia Magica.