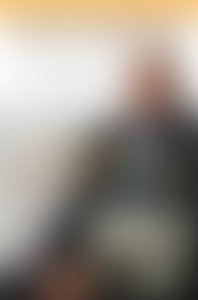 Craig Robinson grew up on the Southside of Chicago with his younger sister, Michelle, and his parents, Marian and Fraser Robinson. He played college basketball for Princeton under the legendary Pete Carril, where he was a two-time Ivy League Player of the Year. After playing professionally in Europe, Craig made an about-face, entering the competitive field of finance. With his MBA from the University of Chicago, his meteoric rise landed him a partnership in a promising new venture. But another dream beckoned, and Craig left the financial world to become a basketball coach.

Prior to joining Oregon State, Craig spent two years as the head coach at Brown, leading a revival of the Bears’ program. He won more games in his first two years than any other head coach in Brown’s basketball history and was named Ivy League Men’s Basketball Coach of the Year by Basketball-U.com. Before Brown, Craig spent six seasons with the Northwestern Wildcats under head coach Bill Carmody, where he developed and implemented his local, national, and international recruiting technology. Craig Robinson currently lives in Oregon with his wife, Kelly, and his children.

A Game of Character