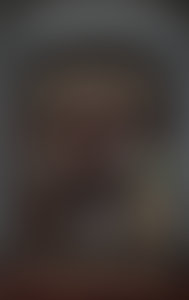 Cristin O’Keefe Aptowicz is an award-winning writer of Words in Your Face: A Guided Tour Through Twenty Years of the New York City Poetry Slam and popular touring poet and spoken-word performer. She lives in Austin, Texas.

Words in Your Face

A Conversation with Cristin O’Keefe Aptowicz:

How did you first learn about Thomas Mütter, and what inspired you to write about him?
COA: Growing up in Philadelphia, the Mütter Museum was a part of my childhood, but it wasn’t until after I moved to New York City for college and was frequently asked about by curious non-Philadelphians that I realized while I knew about the museum’s strange collection of unusual medical specimens, I didn’t know much about how it came to be. I didn’t know if Mütter was the name of a man, or family, or even an acronym. When I decided to research this story in the hopes of securing an Alfred P. Sloan Fellowship to help offset the costs of my college education, I was shocked and thrilled to uncover this incredible story which had largely been untold. Almost fifteen years after I first walked into the Mütter Museum archive to do my earliest research on Mütter, I am so excited to finally be sharing Mütter’s life and work in this book.

Some of the material you share is shocking and could be unsettling for someone with a weak stomach. Did you ever feel like Mütter’s story was too difficult to tell?
COA: The Mütter Museum is the most popular science museum in American for people between the ages of 18 and 35, and one of the reasons is because they used the drama and shock of the unusual specimens within their collection to draw attention to, and thus teaching visitors about, the science of our bodies. I tried my best to use that philosophy when writing the book. Humans have a natural curiosity about the limits and extremes about the human body, and I tried to use that natural curiosity as a tool to encourage people to better understand and empathize with the patients, doctors and general citizens of mid-19th century America.

Has Mütter’s rivalry with Meigs been documented before or was it something that you uncovered in your research?
COA: As one of the best known and most prominent obstetricians in American during this lifetime, Meigs had numerous rivalries with various doctors. His best know and most public rivalry was the one he had with Dr. Oliver Wendell Holmes Sr, which is spotlighted in the book. But the Mutter and Meigs rivalry is not one generally known. Jefferson Medical College was very proud of its “Famous Faculty of ‘41” and likely took pains to hide any discord from the general public. However, the Jefferson Medical College meeting minutes I uncovered in my research told a very different story!

How and when did Jefferson Medical College lose its preeminent position in the United States?
COA: During the earliest parts of Mütter’s career as a physician, there was not a lot of transparency between doctor and patient. Ill or injured people were to follow their doctor’s orders without question. This was dynamic to maintain—especially with surgical patients—as treatments and recovery were often lengthy and painful. I mention this because people often ask about the perceived stubbornness of Philadelphia doctors during Mütter’s career who seemed not only unwilling to support the medical innovations which Mütter embraced, but sometimes even actively spoke against them. That sense of being unquestionably right was an engrained part of what it meant to be a doctor in the early 19th century, and it was the continuation of that attitude—and thus, the resistance to embracing innovation—that caused Philadelphia to lose its place as being the “Medical Athens of America” to cities like Boston and New York City.

What are some of your favorite exhibits on display in the Mütter Museum?
COA: My favorite exhibits are the ones that showcase a singular passion of one particular doctor. For instance, the famous Hyrtle Skull collection—a gathering of 139 skulls from around the world—was the passion project for Viennese anatomist Joseph Hyrtle (1810-1894) who wanted to counter the claims that one could determine intelligence, personality and racial differences purely by examining skull features. To serve this vision, he collected skulls from around the world, and neatly inscribed the person’s age, place of origin and cause of death in ink onto the bone of the skull. This project took years to complete, but in the end proved his theory. There are numerous examples of this sort of passion within the Mütter Museum’s collection, and I find them endlessly fascinating.

Mütter pioneered many innovations in plastic surgery, but primarily to help those who were horribly disfigured lead normal lives. Do you think he would support the practice of plastic surgery on people who want to look younger or more attractive?
COA: I would hate to speculate on that, but at the very least I think he would be impressed that surgical techniques—and trust between surgeon and patient—had advanced enough that such a thing was possible!

You write that Mütter’s marriage to Mary Alsop was childless. Do you know why this might have been the case?
COA: This was a question that I tried to have answered in my research, but no answer—definitive or speculative—was to be found.

Before you began writing nonfiction, you were known for your poetry and spoken word performances. How difficult was it to switch gears and write a narrative history?
COA: Writing poetry and performing it was great training for writing a longer narrative nonfiction book. The poetry I write is largely autobiographical, and poetry has trained me to look at my life with a detailed eye. My favorite types of poems are ones that look a situation or moment, and tease out a deeper or more complicated meaning from it. This was a helpful skill to have when write Dr. Mütter’s Marvels, but looking at the hard facts of Mütter’s life with a “poet’s eye” helped me to organize and shape a story that I hope is compelling and novel-like, and makes the reader feel a part of Mütter’s world, instead merely reading about it!

What are you working on now?
COA: I am working on another nonfiction book and another poetry collection. You know how the fact that if a shark ever stops swimming, he dies? That’s how I am with writing!