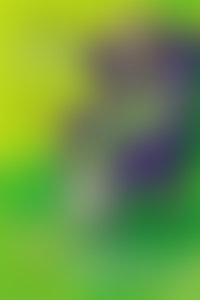 The return of ghost whisperers, demons, possession of drunk vagabonds via a snarky dog (you’ll just have to read to see what I mean) a deliciously evil Satan, and a spicy Spanish heroine of a ghost marks the release of the sequel to Kiss and Hell titled, My Way to Hell!

Meet Marcella Acosta, once a saucy demon who thinks she’s been banished as punishment to what she’s lovingly dubbed Plane Drab. After a harrowing battle of fire and brimstone with Satan to save her BFF Delaney, Marcella’s life, er, unlife, has changed radically. No longer a fly low under the radar demon on Earth, Marcella’s days consist of taking afterlife classes specializing in “Limbo Doesn’t Have to Suck” on a plane meant for the undecided and those who still have unfinished business with their loved ones. A plane she thinks she can never leave…

Ever. So sucks, right?

This plane meant for the wishy-washy is fine —if you’re wishy-washy. Unfortunately, for Marcella, she doesn’t fit into that category. As an ex-demon, she’ll never be offered the opportunity to cross over —so what’s there to do but accept the card fate dealt and take it like a man? Okay, so there’s some whining about not being able to shop at Pier One for throw pillows, but other than that, Marcella’s all in. She has no regrets about saving her pal Delaney who now lives the life she’d always dreamed of with her geeky hunk of a husband Clyde.

But she does regret not having had the chance to say goodbye to her —to let Delaney know she’s safe. All Marcella needs is one good medium to help her convey that message and she can live out her eternity in semi-peace if not unfashionably dreary.

Enter Kellen Markham, Delaney’s brother and the man Marcella’s lusted from afar for like ever. Kellen, who inherited his sister’s ghost whispering gift, isn’t just struggling with his new affliction, he’s struggling with his fierce attraction to an ex-demon he once thought was evil re-incarnated in heels and tight clothing while trying to get her safely back from where she came.

Yet, there’s so much more to Marcella than Kellen ever allowed himself the chance to know. As her mysterious one-time demon origins begin to unfold, he finds she’s made more sacrifices than just giving up her credit cards and cute apartment for Delaney. There’s also another problem. The deeper Kellen investigates his fantasy woman’s past, the less he wants to let Marcella go anywhere.

And it only gets worse when a small child becomes involved in the race to find a way to keep Marcella on Earth, leaving his young life hanging in the balance…

I so hope you’ll join my feisty Marcella on her journey and the love of her many lives, Kellen, in My Way to Hell!