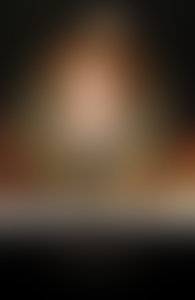 Edmund Spenser was born in London, probably in 1552, and was educated at the Merchant Taylor’s School from which he proceeded to Pembroke College, Cambridge. There he met Gabriel Harvey, scholar and University Orator, who exerted an influence on his first important poem, The Shepheardes Calender (1579) On receiving the MA degree in 1576 he became secretary to John Young, Bishop of Rochester, formerly Master of Pembroke. He may also have served briefly in the household of Robert Dudley, Earl of Leicester, where we assume he met the Earl’s nephew, Sir Philip Sidney, to whom he dedicated The Shepheardes Calender. In 1580 he went to Ireland as secretary to Lord Grey de Wilton, Lord Deputy of Ireland, and stayed there most of his remaining life. While at Kilcolman, his estate in County Cork, Spenser met or reacquainted himself with his neighbor, Sir Walter Ralegh, who in 1589 brought him to London to present three books of The Faerie Queene (1590) to its dedicatee, Queen Elizabeth, who rewarded him with a pension of fifty pounds a year. After his return to Ireland in 1591, his two volumes Complaints and Daphnaida were published in London. His marriage to Elizabeth Boyle was celebrated in his sonnet sequence Amoretti and Epithalamion (1595), and in the same year his pastoral eclogue, Colin Clouts Come Home Again also appeared. In 1596 he brought out the second three books of The Faerie Queene as well as his Fowre Hymnes and Prothalamion. In 1598 his estate was burned during the Tyrone rebellion, and he fled to Cork and thence to London where he died in 1599. He was buried in Westminster Abbey and his fame, denied him in life, has endured. In 1609 a folio edition of The Faerie Queene appeared, including for the first time The Mutabilitie Cantos, and in 1611 a folio of the complete poetical works. His fame endures to this day as the great precursor of Milton.