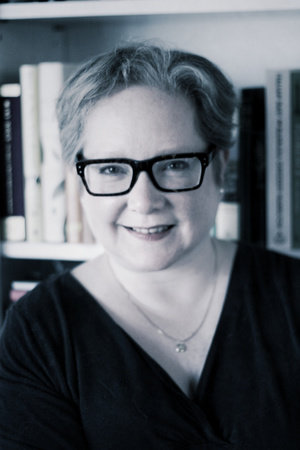 Elissa Altman is the author of the critically-acclaimed memoir Poor Man’s Feast, and the James Beard Award-winning blog of the same name. She writes the Washington Post column, Feeding My Mother, and her work has appeared everywhere from O, The Oprah Magazine and Tin House to the New York Times, and has been anthologized for five consecutive years in Best Food Writing. She lives in Connecticut with her family.

Elissa Altman is the author of the critically acclaimed memoir Poor Man’s Feast, and the James Beard Award-winning blog of the same name. She writes the Washington Post column, Feeding My Mother, and her work has appeared everywhere from O, The Oprah Magazine and Tin House to The New York Times, and has been anthologized for five consecutive years in Best Food Writing. She joins Penguin Random House to discuss food, writing, and her most recent memoir, Treyf.

PENGUIN RANDOM HOUSE: In your writing, first comes food and the words follow. Is it the same in your life’s priorities: food first, writing next? Dare I ask: If you had to choose one over the other, which would you choose?

ELISSA ALTMAN: In as much as food is a requirement for life, so too is writing (at least in mine). Over the years, when well-meaning people have tried to convince me that perhaps writing might be somewhat frivolous – as opposed to, say, lawyering, or doctoring – I have attempted to back-burner my work, or to turn it into a sort of socially acceptable hobby. What I quickly learned is that I could no sooner stop writing than I could stop eating, and nobody but a writer would likely understand that on a visceral level. I think it was Junot Diaz who said that he writes because he can’t escape it, because it offers him a way to address and counter what it means to be human; this is why any writer writes. I often awake in the middle of the night and have to open my notebook in the dark to write something down (I no longer trust my three AM memory), but I’m rarely jolted awake by the thought of salmon.

PRH: Memoir can be a tricky business. How closely did you share the pages that have become Treyf with family and friends prior to publication? Did you alter or delete anything because of someone’s reaction?

EA: I shared the complete manuscript with my wife (who reads absolutely everything I write and is my fiercest critic), a close family member I trust implicitly, several writer friends, and a few friends from my childhood who were there in the earliest sections of the story, and from whom I wanted clarifications and confirmations of my memory. Ultimately, I sliced away nearly a hundred pages of what I was sure was beautiful blah-blah because they didn’t serve the narrative, but not necessarily because someone didn’t approve of them.

There will always be someone who doesn’t like something I say, or takes issue with my choice of words. We all want to be seen as always being beautiful and kind and lovely and compassionate, even though so few of us – myself included – are. Instead, we are human, with our foibles flapping in the breeze. To lay a scrim of perfection over them is to write fairy tale. And the beauty of any story – fiction or memoir – lies in its depiction of humanity, not its glossed-over renderings of perfection.

PRH: What’s the best piece of writing advice you ever received, and from whom?

EA: There are two of them, both of which I keep tacked to the wall above my desk:

This Vivian Gornick quote that has taught me to always remember the fact of human frailty: “For drama to deepen, we must see the loneliness of the monster and the cunning of the innocent.”

“The only person who should look like an asshole in your memoir is you.” -Rosie Schaap, via Kate Christensen

PRH: What’s the best piece of food advice you ever received, and from whom?

In other words, cook with care, well-chosen ingredients, and heart.

EA: I loved – adored – the Coen Brothers’ “A Serious Man”: a middle-class, all-American Jewish rendering of The Book of Job as told via the suburban travails of one Larry Gopnik. This overlaying of past on present, of the Talmudic to the modern feels by its nature so accurate a representation of the sort of ennui that I was always assured was my birthright. My old friend, David Rakoff, said Don’t get too comfortable; I don’t. It’s not in my nature.

Hands-down, my favorite Jewish family in literature is the Solo-Millers, from Laurie Colwin’s Family Happiness. Utterly assimilated wealthy New York Jews – precise, well-bred, highly educated, handsome – whose rituals run the gamut from weekly Sunday brunches to domestic hyphenation, they, to a number, are caught up in a life built on predictability and its implied safety, which leads, naturally, to romantic disaster.

PRH: One scene in particular from Treyf sticks in my mind. Your mother, angry with your father for disappearing for two days, burns the not-so-celebratory lamb chops in the broiler. You describe the resulting meal as so: “we … gnawed them down to the bone, the bitter taste of food cooked in anger filling our mouths.” This calls to mind Like Water for Chocolate by Laura Esquivel, or The Particular Sadness of Lemon Cake by Aimee Bender, both of which tap into the idea that emotion can be baked right in. What do you think it is about the meeting place of emotion and food? Why are these two things so often connected?

EA: In and of itself, food can be gentle and kind, or fierce and dramatic; we all know it when we see it. When we’re feeling low, ill, and not ourselves, our tendency is to want food that will comfort our souls. Better still, we want someone out there to prepare that food for us with love and kindness, because the act of cooking for and feeding someone is representational of love. So it begs the question: What does food not prepared with love and kindness look like? How does food prepared with enmity taste? Does it taste different? Yes, it does. Food is a link to the emotional and the metaphysical: prepared with anger – slapdash, without kindness, in rage – it is nothing more than carelessly wrought fuel. It is burned, boiled to a point of flavorless flaccidity, and, in my mother’s case, often immolated. And when food becomes nothing more than fuel, it devolves from that representation of love (or kindness or peace or sex) into nothing more than an amalgam of vitamins and minerals. It ceases being a source of pleasure.

PRH: What cooking trend or technique are you currently excited about or obsessed with?

EA: I love good open-fire cooking, which is very hard to do well and therefore by its nature authentic; some restaurants char this and incinerate that, drizzle some mediocre olive oil on it and call it a meal for which you will pay handsomely, but open-fire cooking is really an art that takes considerable expertise, practice, focus, and an understanding of the properties of one’s fire source. I think about people like Francis Mallmann, and I am astonished at his level of understanding and skill.

Also, if it’s possible to be obsessed with the idea of moderation, I am. It’s completely undramatic and boring and this is why moderation will never catch on: Who wants to say there wasn’t much food but it was fine … yay!? No one. In this country, life is either feast or famine: We’re either detoxing or gorging ourselves, going from one extreme to the other, and there’s no sensible middle ground. From a psychological point of view, I find it fascinating – this apparent human need for more and more as a way to fill an obviously insatiable desire for something.

Personally, I have been eating fewer but better carbs now for the last month or so and I feel so good that I can hardly believe it. I’m not completely militant about it – wine has slipped in here and there, and I do love the pickled rye bread that I recently tried at a farm dinner in Amagansett – but I’m loving delicious vegetables and the freshest fish, grass-fed beef, and poultry that I can find, prepared simply and with an eye to texture and flavor. We’ve been spending a lot of time in Maine lately – our compass appears to be pointing north – and the food up there is so good, so extraordinary, and so fresh, that the less that’s done to it, the better.

PRH: Does fondue deserve any place in the world in 2016?

EA: Not in my house.

EA: Susan is the designated cocktail maker in our home, but I make a very serviceable French 75.