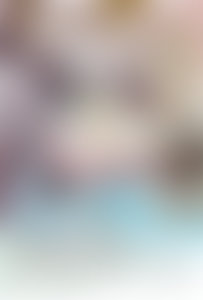 Emma Campbell Webster is the author of Lost in Austen. She graduated from Oxford University in 2003, where she specialized in Austen.

Q: Why is Austen still so popular today?

A: It’s a difficult question to answer as I think there are many reasons that all play a significant role in her continuing popularity. Of the canonised authors she is the most accessible which means she has been on the school curriculum for a long time. For this reason she is widely read and because she writes apparently simple (but in fact, complex and nuanced) stories with wit and sophistication she is read and re-read and enjoyed by readers of all levels who appreciate different aspects of her work at different times of their lives. She writes about the experience most common to all of us: finding a life partner – indeed, in modern times we go through that experience far more often than any of Austen’s characters or contemporaries. Because she remains on the curriculum she remains popular and producers continue to make adaptations of her work (and now her life too) because there’s a guaranteed audience; because producers continue to make adaptations of her work, she is even more accessible and remains popular and on the curriculum. In the end of course, it comes down to the fact that she wrote very good stories very, very well.

Q: Where did the idea for Lost in Austen come from?

A: I’ve no idea! I was sitting in the library at college one day, trying to write an essay on Jane Austen I think, when I suddenly thought it would be very funny to write an interactive fiction version of Jane Austen’s works in which you’d make a wrong turn and end up slipping on the steps up to the Pump Room and breaking your neck or whatever. It was a couple of years before I actually got down to writing it though and it’s wonderful to see the idea realised.

Q: Is it fair to say you are an Austen fanatic?

A: I certainly admire Jane Austen’s works, but I’m not a fanatic and I have to say that I don’t think I’ve ever met one. There is this stereotype of the Austen fan who reads and re-reads Austen’s works but never manages to get married and ends up an old woman living with her hundred cats in the middle of nowhere and only ever gets out to go to Bath and drink tea in the Austen tea shop and buy Mr. Darcy soaps or whatever. Maybe such an Austen fan exists but all of the Austen appreciators I’ve met have been highly intelligent, dynamic women, many of them eminent scholars. I’m neither the fanatic who buys Jane Austen action figures and goes to the Jane Austen theme park, nor am I the eminent scholar. I do, however, immensely enjoy reading Jane Austen’s books as you can probably tell!

Q: What do you think Jane Austen would make of all the Austen spin-offs that have been written in recent years?

A: I’m sure she’d be astonished to see just how many there were but I can’t say what she’d think of them. As for what she’d think of Lost in Austen, I like to think that she’d find it at least slightly amusing. I picked up on and exploited a particular strand of the comedy in her work, namely the humour that comes from placing a very moderately accomplished and, some might say, socially disadvantaged character in amongst characters who are only too quick to point out, wherever possible, just how poorly accomplished, unattractive, poorly educated and poorly connected they are! Imitation is the sincerest form of flattery so perhaps Austen would be flattered? Oh, who am I kidding? I’m sure she’d think it a complete travesty! I hope she’d forgive me.