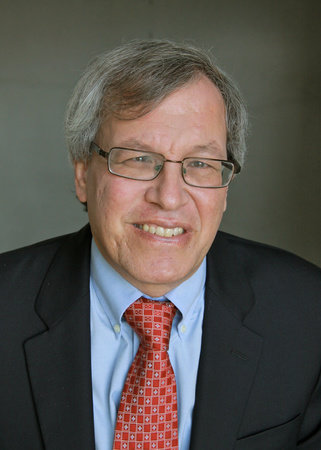 A graduate of Harvard Law School, Erwin Chemerinsky is the founding dean and distinguished professor of law and the Raymond Pryke Professor of First Amendment Law at the University of California, Irvine School of Law, with a joint appointment in political science. He lives in Irvine.

The Case Against the Supreme Court

In case you missed it, Supreme Court Justice Ruth Bader Ginsburg ruffled feathers earlier this month after making comments about Republican presidential nominee Donald Trump’s suitability to lead the nation. Trump responded by calling Ginsburg a disgrace to the court, and expressed his hope that she would retire from her position.

Were Ginsburg’s comments a breach of professional ethics? How will they affect the rest of her career? For answers to these and other questions, we spoke with Erwin Chemerinsky, an expert in constitutional law, and author of The Case Against the Supreme Court.

PENGUIN RANDOM HOUSE: I was surprised Justice Ginsburg said some of the things she did about Trump. Is it unusual for a Supreme Court justice to do that?

ERWIN CHEMERINSKY: Of course it’s unusual for a justice to speak about a political candidate, but it is not unheard of in American history. In the election of 1800, the Supreme Court justices were openly campaigning for John Adams. In 2000, Sandra Day O’Connor said at an election party that it would be terrible if Al Gore was elected president, but to make statements as Justice Ginsburg said to reporters is quite unusual.

PRH: How much safety does a justice have if he or she says something like this?

EC: Justice Ginsburg violated no law or rule. There’s a rule that applies to other judges in the country that says that they can’t make statements endorsing or opposing a political candidate, but the rules of ethics that apply to other judges don’t apply to Supreme Court justices. In terms of safety, nothing is going to happen to her for doing this.

PRH: Will it affect other cases down the road?

EC: I don’t think it will have an effect on any cases down the road. Whether a justice recuses him or herself is up to that justice. Justice Ginsburg is not going to recuse herself, nor should she: She’s not expressing views about any case that is before her.

PRH: One of the common criticisms that both the right and the left have of the Supreme Court is the idea that its justices act as activists. Is this in any way part of this?

PRH: So we’re not looking at something brand new here, despite what the media might say.

EC: Activism is just the label we use for the decisions we don’t like.

PRH: What do you think of the current four-four split? Where does that leave us as a nation? Have things ever been this divided? Many people believe we’re more polarized now than ever before.

EC: I think there’s something very historical about saying that things are more polarized now than they have ever been before. Think about the years leading up to the Civil War, and how deeply divided the country was over issues of slavery and race. In the 1960s, the country was divided over the Vietnam War. Before that, it was divided over civil rights. There are just times when the country is very polarized, and this is one of them. It is a four-four split on the Supreme Court. There’s always so much that comes down to Anthony Kennedy. Justice Kennedy was the majority in 98% of all the decisions this past term. Where Kennedy joins with Roberts, Thomas, and Alito, the court split four to four. Where Kennedy joined with the liberals there was then a liberal result.

PRH: Some people claim it would be unprecedented to bring a Supreme Court justice on board (i.e. Merrick Garland) with an outgoing president. Is that true?

EC: That’s false. Throughout American history there have been I think 24 instances in which a president in the last year of his term has nominated a candidate for the Supreme Court. In 21 of the 24 it has been confirmed. To take a famous example, in January of 1801, after it was clear that Adams had already lost the presidency, he nominated John Marshall for Chief Justice. Marshall was confirmed just weeks before the end of his presidency. What’s unprecedented is for the Senate to refuse to consider someone in an election year.

PRH: What do you think the shape of the Supreme Court will be under Clinton or Trump? Do you have any predictions?

EC: What is key to remember is that the average age in which a Justice has left the court since 1960 is 78 years-old. There will be three justices 78 or older in 2017 when the next president is inaugurated: Ginsburg, Kennedy, and Breyer. I think it’s likely the next president will be likely to pick three or four justices of the Supreme Court. That will likely affect every issue, and that will affect all of us.