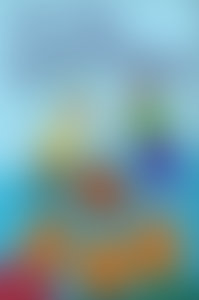 “I grew up in Vermont, spending most of my childhood and teenage years in Sudbury. There were two hundred plus people living in the town at that time. To give you a little something to compare that to, consider my younger son’s seventh grade class which will have two hundred and fifty kids in it. My whole town wasn’t quite that big. Needless to say, there were no long lines in Sudbury. There were, however, two schools. I attended these schools in the 1960’s, NOT the 1860’s.

“The first school I attended in Sudbury was Hill School. While in fifth grade there, I wrote my first short story. All I can remember about it is that it was somehow connected to my favorite TV show, Wagon Train. Wagon Train was like The Love Boat except everyone was in covered wagons headed west through the prairie instead of on a cruise ship in the ocean. And there wasn’t a romance every week. And…Well, maybe Wagon Train wasn’t like The Love Boat after all.

“After fifth grade I moved across town to Burr Pond School. At Burr Pond I became a serious writer. Two of my plays were performed at Christmas time, and some of my work was published in The Burr Pond News. Almost all my work was funny–funny ‘ha-ha’ and not funny ‘strange.’ At least, that was what I thought at the time. There’s one poem I recall that was just funny ‘strange.’ I didn’t write much poetry after that.

“For eighth grade I moved on to Otter Valley Union High School in Brandon. Okay! Indoor plumbing and running water! English and history were my best subjects throughout my teenage years. They just happen to be subjects that require a lot of reading and writing. Though I thought of myself as a writer, I didn’t finish much unless it was assigned by a teacher or I needed it for the school newspaper. I was assistant editor and then editor of the Otter Valley Hi-Spots.

“I ended up at the University of Vermont in Burlington where I was–you guessed it–an English and history major. My degree was from UVM’s College of Education, so if you ever find yourself in one of those alternate lives we’re always hearing about in science fiction stories I could end up being your Language Arts teacher.

“While I was in college I still had that problem with not finishing the stories I started. Then I developed another problem. The few things I did finish, editors didn’t want to publish. Editors are well known for not wanting to publish much.

“Instead of getting a job teaching after college, I spent four years working in an office at The University of Connecticut. I wrote letters, quarterly and final reports, and advertising copy for workshops. I also spent many hours typing, filing, and talking on the phone. I was so very mature (and married) at that point, that I was finally able to start finishing my own writing projects. I finished dozens of them, all very serious because I was a serious writer. The response from editors all over the country? ‘No, you’re not.’

“One day I looked out the window at my cat and the word “ring-tail” popped into my mind. It doesn’t sound like much, but it became a story called The Mystery of the Ring-tailed Cat and was published in Cricket. It was my first published short story.

“I received my copies of the issue with my story the day after I brought my first son home from the hospital. Happy birth day to me. What with running around to the playscape, swimming lessons, library story hours, birthday parties, and nursery school and kindergarten with two small boys I had a lot less time to write over the next few years. Which was just as well because being rejected by every magazine and publishing house in the country gets old after a while. And I was developing a new problem with my writing. My very solemn stories were developing some odd little twists and turns. Characters were doing and saying funny (“strange” and “ha-ha”) things.

“I was also up to my neck in kids, kids, kids because even though I only had two of my own, every child in the neighborhood seemed to end up in my yard. I was also doing lots of Mom stuff like going on field trips and organizing an elementary school science fair. One day I read my boys a book about a man who is terrified because aliens are landing in his yard. I realized that if aliens landed in my yard, I’d hardly notice. I was too busy. It doesn’t sound like much, but it became a story called How Mom Saved The Planet and was published in Cricket. I had been writing since fifth grade and managed to get two short stories published.

“I kept getting more and more ideas about aliens in my yard. I wrote up another story and sent it to some publishing houses. An editor at G. P. Putnam suggested I expand it to a book for middle-grade readers and that was the beginning of My Life Among The Aliens. At last! A book! And then I wrote another! And another!

“So that’s how a girl who always thought of herself as a writer actually became one.”

Gail Gauthier writes in a spacious room her family refers to as “the office,” but which everyone else knows as “the cellar.” When she isn’t writing or indulging in her habit of reading more than one book at a time, she tends to the business of running a family. She does a lot of “mom-type” stuff (such as masterminding birthday parties and driving unenthusiastic children to music lessons), helps with special events at the local elementary school, and chaperones field trips–activities that provide her with plenty of material about which to write. She lives in Conneticut with her husband and their two sons, William and Robert.

A Girl, A Boy, and Three Robbers

A Girl, a Boy, and a Monster Cat