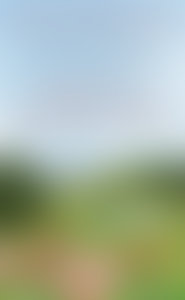 Jessica Andersen is a doctor of molecular genetics, a patent agent, and a professional horse trainer and riding coach. She resides on small farm in eastern Connecticut with her husband and beloved corgis, two-cats and a handful of young horses.

“It’s just not working. He can’t do it by himself.” Strike’s voice on the phone was digital-clear. Still, it took Jade a moment to pull her brain out of I’m-studying-hieroglyphs mode and put it into I’m-a-Nightkeeper mode.

Especially since, despite her ancestry, the whole magic-wielding-warrior thing had never fit her all that well.

As her brain processed Strike’s words, the walls of her borrowed office in the university’s Mayan Studies department got a little closer and the clay figurine she’d been working on seemed to stare at her a little harder, as if wondering what the hell she was going to do next.

“I’ll do it.” For a second she thought Strike had said the words. Then she realized she had. Gulp.

The Nightkeepers’ leader seemed to catch her inner oh, crap. “You don’t have to.” But he didn’t say they would think of something else. The magi had already tried everything else, and they were running out of time.

If Lucius was going to connect to the magic, it needed to happen tomorrow. And since the magi had tried every spell, sacrifice, and uplink known to Nightkeeper-kind, they were down to their last real option: sex magic.

“Don’t worry about me. I can handle it.” The churn low in her stomach suggested otherwise, but she ignored it. “Been there, done him.”

Not that her and Lucius’s previous wham-bam was making this conversation any easier—exactly the opposite, in fact. But she wasn’t about to mention that part to Strike. The Nightkeepers needed what they needed … and so did she.

“Then I’ll pick you up tomorrow afternoon.”

“It’s a date.” Which was true, except that her date didn’t have a clue she was coming.

Jade disconnected and dropped the phone back down beside the clay figurine, which now seemed to be wearing a look of are you sure this is a good idea?

“It’ll be fine,” she said, not sure if she was talking to herself or the little clay person. “It’s just sex magic.” Or in this case, friends-with-benefits magic.

What could go wrong?

…To find out how much does go wrong, pick up Demonkeepers, Jessica Andersen’s newest release from Signet Eclipse!