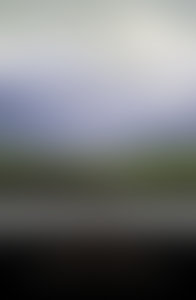 Born October 17, 1813 in the Grand Duchy of Hesse-Darmstadt, Georg Büchner was educated in a private school and at Darmstadt Gymnasium. His father, a doctor in the service of the Grand Duke, did not approve of Georg’s literary endeavors so he encouraged the boy to focus on other, more scientific pursuits. As a young man, Georg studied zoology and comparative anatomy in Strassburg where he first came into contact with a group of politically radical students.

After returning to Hesse to continue his studies at the University of Giessen, Büchner suffered an attack of meningitis. Having been influenced by the radical students with whom he associated in Strassburg, he decided to help found the revolutionary “Society of Human Rights.” In 1834, along with political agitator Pastor Weidig, he wrote and distributed an illegal pamphlet entitled “The Hessian Courier” which has since come to be considered one of the most brilliant political brochures in the German language. Büchner was quickly denounced as the author of the pamphlet, but a lack of evidence and his own confident assertion of innocence delayed his arrest and allowed him to return home to Darmstadt.

During a period of five weeks in 1835, Büchner secretly wrote Danton’s Death, a tragedy depicting the activist Danton’s disillusionment with the French Revolution. In March of that year, he fled to Strassburg to avoid arrest and never returned to Germany or engaged in political activities again.

In 1836, he wrote a romantic comedy entitled Leonce and Lena for a literary competition, but he submitted it too late and it was returned unread. Constructed within a comic, fairy-tale framework, the play takes on serious issues, investigating the limits placed on human freedom by social and moral conventions. That same year, he probably began work on his unfinished masterpiece Woyzeck which tells the story of a Slavic soldier who, persecuted by his Prussian superiors, finally determines to take his own life and murder the wife who has betrayed him. The play is most likely based on a real incident as there are records of a barber named Woyzeck who was tried and sentenced to death for murder in the 1820s. Years after Büchner’s death, the play would be turned into an opera by modernist Allan Berg.

Büchner eventually became Doctor of philosophy at Zurich University and was appointed Lecturer on Natural Sciences. His literary works include an unfinished novel Lenz, translations of two of Victor Hugo’s plays, the non-extant play Pietro Aretino destroyed by the woman he loved because of its unorthodoxies, one short romantic comedy Leonce and Lena, one full-length tragedy Danton’s Death, and one great fragment Woyzeck.

On February 19, 1837, just as Woyzeck was nearing completion, Georg Büchner died of typhus. He was not yet twenty-four years old. It would be almost 60 years before the first of Büchner’s plays Leonce and Lena was performed before a German audience–and almost 100 years before his plays were translated into English. It is a tribute to his genius that his plays have not only survived, but have grown more important and more relevant with the passage of time. Today, he is considered a forerunner of both naturalism and expressionism.

Complete Plays, Lenz, and Other Writings