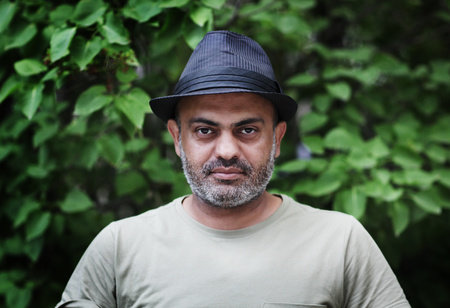 Hassan Blasim was born in Baghdad in 1973 and studied at the Baghdad Academy of Cinematic Arts. A critic of Saddam Hussein’s regime, he was persecuted and in 1998 fled Baghdad to Iraqi Kurdistan, where he made films and taught filmmaking under the pseudonym Ouazad Osman. In 2004, a year into the war, he fled to Finland, where he now lives. A filmmaker, poet, and fiction writer, he has published in various magazines and anthologies and is a coeditor of the Arabic literary website www.iraqstory.com. His fiction has twice won the English PEN Writers in Tranlsation award and has been translated into Finnish, Polish, Spanish, and Italian. In 2012 a heavily edited version of his stories was finally published in Arabic and was immediately banned in Jordan.