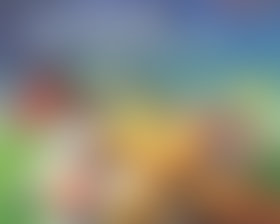 Heather Tekavec was born in Manitoba, Canada, but moved at a young age to British Columbia. After graduation, she returned to Manitoba for two years where she got her certificate in Christian Education, then completed her Early Childhood Education in Vancouver, BC. The preschool classroom is where Heather developed a love for children’s books.

After taking a writing course through the Institute of Children’s Literature, Heather started her writing career with curriculum-based articles for preschool teachers. In 2002, she published her first picture book, Storm is Coming! A follow-up to it, What’s that Awful Smell? came two years later. Both books, published by Dial Books for Young Readers, were selected as IRA-CBC Children’s Choices. Book club and audio rights to the first have recently been bought by Scholastic. She has also written for older children, including her first YA Novel, The Cost of Passage (Herald Press 2004), and short stories for various magazines.

Heather lives with her husband, her three daughters, and a pet rabbit in Langley, BC. She now works full time at home, but stays connected with children by teaching her daughter’s girl’s club and visiting schools to do author talks.