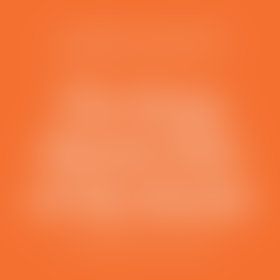 Jaime Adoff was born in New York City but grew up in Yellow Springs, Ohio. He received a Bachelor of Music degree from Central State University in Ohio, where he studied drums and percussion. Moving to New York City in 1990, he attended the Manhattan School of Music and studied drums and voice. Jaime then went on to pursue a career in songwriting and fronted his own rock band for eight years. He released two CD’s of his own material and performed extensively in New York City and throughout the US.

The critically acclaimed “Names Will Never Hurt Me” (2004) was his first young-adult novel and almost instantly became a MUST HAVE for teens around the country. In 2005 it was named a NY Public Library book for the teenage, and was nominated as a Best Book for Young Adults.

“Jimi & Me” (2005) was the recipient of the 2006 CORETTA SCOTT KING/​JOHN STEPTOE NEW TALENT AUTHOR AWARD.
It was named as a 2006 YALSA QUICK PICK FOR RELUCTANT READERS, A 2006 NY PUBLIC LIBRARY BOOK FOR THE TEENAGE and was selected to the VOYA TOP SHELF FICTION LIST FOR 2005.
It received a *starred* review from LIBRARY MEDIA CONNECTION and was cited as “an exceptional story” and “a tremendous addition to any collection” by VOYA magazine.

Jaime’s latest young adult novel “The Death of Jayson Porter” received the 2010 BuckeyeTeen Book Award. It received *Starred Reviews from *Booklist*, *Library Media Connection*, and *VOYA* magazine,(5Q). It was also selected for the 09′ “Choose to read Ohio program.” A project of the State Library of Ohio, to promote reading across Ohio. As well as an Ohioana Book Award finalist in the Juvenile category.

His first picture book “Small Fry”(NOV 08) was cited as “Cathartic and Encouraging fun” by Kirkus Review.

Jaime is a highly sought after speaker, presenting across the country on teen issues, diversity, YA literature and Poetry. His Rock n Roll school visits have been knocking the socks off students and teachers alike, for years. Jaime has worked with students from Kindergarten through High School and even college and graduate students as well. Giving them all a “backstage- all access- pass” into the life, creative process, and works of one of the most groundbreaking, unique and innovative voices writing for children and teens today.

Jaime received his M.Ed. at Antioch University Midwest, in Yellow Springs, Ohio, in 2013 and has been teaching English/​Language Arts for the past three years in a nearby Ohio high school.
Jaime Adoff is the son of the late Newbery Award-winning author Virginia Hamilton and renowned poet Arnold Adoff.
Jaime lives in his hometown of Yellow Springs, Ohio.

The Song Shoots Out of My Mouth

Names Will Never Hurt Me