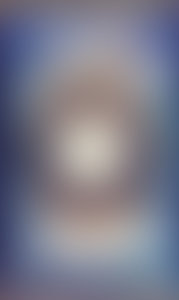 Called ‘Jelaluddin Balkhi’ by the Persians and Afghans, Rumi was born on September 30, 1207, in Balkh, Afghanistan, then a part of the Persian Empire. Between 1215 and 1220, he and his family fled the threat of the invading Mongols and emigrated to Konya, Turkey; it was sometime after this that he became known as ‘Rumi’ meaning ‘from Roman Anatolia’. His father, Bahauddin Walad, was a theologian and a mystic, and after his death Rumi took over the role of sheikh in the dervish learning community in Konya. Rumi pursued the life of an orthodox religious scholar until 1244 when he encountered the wandering dervish, Shams of Tabriz. After an exchange of religious ideas Shams and Rumi became inseparable friends, transported into a world of pure, mystical, conversation. This intense relationship left Rumi’s students feeling neglected, and, feeling the ill-will, Shams disappeared. After news of Shams came from Damascus, Rumi’s son was sent to bring him back, and the mystical conversation, or sohbet, began again. After Shams’ second disappearance (he was probably murdered), and a period spent searching for his lost friend, Rumi came to the conclusion that Shams was now a part of him. Further concluding that when he wrote poetry it was Shams writing through him, he called his huge collection of odes and quatrains The Works of Shams of Tabriz. Following Shams’ death Rumi had two other mystical companions, firstly Saladin Zarkub, a goldsmith, and then, after Saladin’s death, Husam Chelebi, Rumi’s scribe and student. It was Husam that Rumi declared the source of his vast six-volume masterwork Mathnawi. After twelve years of work on this masterpiece Rumi died on December 17, 1273.