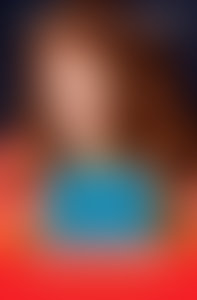 Jane Ganahl has been a journalist, author, editor and community organizer in San Francisco for 25 years. She is the author of the novelized memoir, Naked on the Page: the Misadventures of My Unmarried Midlife, which has been optioned for a TV series by TBS. Of her book, Elle magazine wrote: “[Ganahl’s] dating escapades are daring and delicious, but also emotionally profound.”For the San Francisco Examiner and Chronicle, she covered everything from City Hall to pop culture. For almost five years she penned the well-received “Single Minded” Sunday column about the unmarried life; it served as the backdrop for her memoir. For her outspokenness, MSN.com named her to its Singles Hall of Fame, noting: “Jane Ganahl is not only a keen observer of single life – she’s also a champion of it.” She has chaired panels at the Commonwealth Club and elsewhere on her subject matter.

Her work can now be found regularly on Huffington Post and Match.com, and has appeared on Salon.com, Rolling Stone.com and in various magazines from Book to Parenting to Rolling Stone. She has been awarded by the Society of Professional Journalists for her work.

She edited an anthology of women writers entitled Single Woman of a Certain Age and contributed essays to two other anthologies, including the recent Single State of the Union. She also co-directs Litquake, an annual festival of Bay Area literature that annually draws more than 350 writers and thousands of fans of the written word.

In what little spare time she has, she organizes The Last Supper, a monthly dinner salon in San Francisco for writers, artists, filmmakers and others in creative fields. Her cherished daughter lives in LA so she goes back and forth frequently.

Naked on the Page