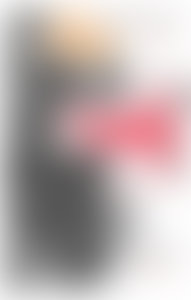 Joe Pernice began his recording career in the mid-1990’s with the Scud Mountain Boys, in Northampton, Massachusetts. They released two records before signing to Seattle’s Sub Pop Records in 1996 and releasing Massachusetts, along with The Early Year, a compilation of the two pre-Sub Pop recordings. In 1997, he disbanded the Scuds Mountan Boys to form The Pernice Brothers, and released their debut album Overcome By Happiness. While with the Sub Pop label Pernice also recorded under his own name, issuing the album Big Tobacco in 1999, and as Chappaquiddick Skyline, who issued their sole self-titled album in 2000.

Later that year Pernice left Sub Pop Records and he and his longtime manager Joyce Linehan established Ashmont Records, based in Boston, where they have released several Pernice Brothers records: The World Won’t End (2001), Yours, Mine and Ours (2003), Nobody’s Watching/Nobody’s Listening live album and DVD (2004), Discover a Lovelier You (2005) and Live a Little (2006).

Joe Pernice’s music has been featured on television shows Six Feet Under and The Gilmore Girls, where Joe also made 45-second appearance as a troubadour-wannabe in a 2006 episode, and in the movies Fever Pitch, On Broadway and Slaughterhouse Rule. Additionally, his songs have been featured in commercials for Sears, Southern Comfort and Sherwin-Williams.

Pernice grew up in the Boston area, and attended UMass Amherst, where he received an MFA in Creative Writing. He currently lives in Toronto.