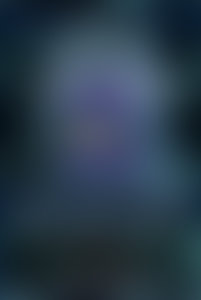 John J. Edward has brought a fresh, young, honest and very skeptical attitude to the world of psychic phenomena. As a psychic, lecturer and medium, he has, over the last twelve years, helped thousands with his uncanny ability to predict future events, and communicate with others who have passed on to the Other Side.

John began his psychic work after being read by Lydia Clar, a renowned psychic from the East Coast. She made him aware of the gifts that he possessed and directed him to use them to help others. Since then, his clientele has ranged from young to old, professional to student, American and foreign. His clients wait months for a private appointment with him, and eagerly await his first book about his conversations with the Other Side…entitled One Last Time, due to be published by Berkley and to debut on Larry King Live in November 1998. Edward’s video and audio series, developed in 1998, have proven to be key elements in raising awareness about mediumship and psychic phenomena. His work is also the subject a documentary surrently in production about contacting the spirit world.

Born and raised on Long Island, NY, John exhibited psychic abilities from an extremely early age, and was deemed “special” by many in his family. Because no fuss was made over these early psychic “events”, he maintained as normal a childhood as possible. It seemed easy for John to develop his abilities to their fullest because of the acceptance of psychic phenomena in his family. After graduating from high school, John enrolled at C. W. Post College, where he earned a degree in Public Administration and Health Care Administration. He maintained a management position in a leading health care organization in the Northeast, and always continued his research, lecturing, teaching, readings and writing. Because of the large demand for his ability, John now devotes all of his time to his psychic work.

John lives in Huntington, New York with his wife.