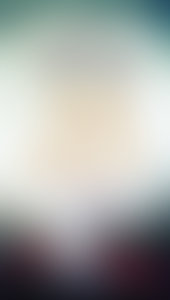 Jonathan Franklin moved to Chile in 1994 and is a correspondent for The Guardian (UK). Granted a Rescue Team credential at the site of the Chilean mine disaster, his dispatches ran in The Guardian, The Washington Post, The Observer (UK), and The Sydney Morning Herald. As cameraman at the mine, he filmed exclusive footage for ABC News, CNN International, Univision, and the Discovery Channel. Fluent in Spanish, Franklin has covered events ranging from the arrest of Augusto Pinochet to the inner workings of the cocaine trade during his years in South America. His features are regularly published in GQ, Esquire, Marie Claire, Playboy, and many other magazines. As cofounder of AddictVillage, Franklin travels throughout Latin America to produce reports for magazines and newspapers worldwide. His investigative reporting has been used by ABC’s Nightline, CBS’s 60 Minutes, A&E, the BBC, and numerous documentary productions worldwide. An American who was raised in Lincoln, Massachusetts, and attended Brown University, Franklin currently resides in Santiago with his family.