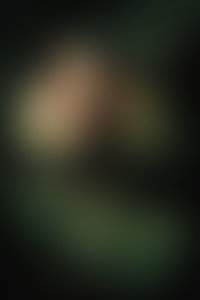 Jory Strong has been writing since childhood and has never outgrown being a daydreamer. When she’s not hunched over her computer, lost in the muse and conjuring up new heroes and heroines, she can usually be found reading, riding her horses, or hiking with her dogs. Jory has won numerous awards for her writing. Her works include Healer’s Choice and Ghostland. She lives in California with her husband and a menagerie of pets.

It should get easier, but if anything, the wait for Spider-Touched to release has been harder than waiting for Ghostland to come out!

I fell in love with Tir the first time I saw him in my mind. Shackled, caged alongside animals and Weres, an angel with no memory of what he is, and no way of freeing himself. In his centuries of captivity, women have been brought to him. Some willing. Some unwilling. He’s resisted all overtures. Sworn never to lie with a mortal woman—

She’s craved touch all her life but has been denied it because of the spider-shaped mark that lives on her flesh and kills of its own accord. Like Tir, the truth of her origins is hidden from her.

As soon as the muse introduced me to her, I knew she and Tir were perfect together. Their passion enslaves them as thoroughly as the chains she frees him from, yet at the same time, their destinies are part of a larger weave.

The post-apocalyptic world they inhabit is filled with extremes. And for the Djinn and the angels who brought Tir and Araña together, beings whose existence spans eternity, it’s easy to discard living tools should they fail.

In writing Spider-Touched, I loved getting a further glimpse into the Djinn House of the Spider, revisiting characters from Ghostland as well as meeting new ones—a fallen angel and gifted Finder, an outcast Were and a vampire high servant, a healer who’ll have a story of her own and the patriarch of one of the Founding Families of Oakland.

Typing THE END and having to leave this story world, at least for a little while, was hard. I hope you’ll feel the same after you’ve finished reading it.

Enjoy! And don’t hesitate to email if you have comments or questions. I appreciate hearing from readers.