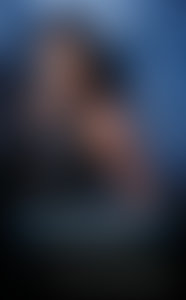 Kasey Mackenzie lives in St. Louis, Missouri. A happily married wife, mother, and writer by night, she loves to read (and write). She adores her two cats and playing softball, and has recently taken up knitting. So far she can cast on, do the knit stitch, and cast off. Hey, it’s a start!

A Shades of Fury Novel

If you could pick two adjectives to describe your heroine, Marissa, what would they be?

Only two? That’s so hard to do. Hmm. I’d have to say passionate and self-sacrificing.

Your book, Red Hot Fury, stars a heroine from Greek myth, but you also populate your world with creatures from Egyptian and Irish mythologies. Have you always been interested in mythology? Why did you decide to incorporate it into urban fantasy?

I have had a life-long love affair with mythology. There’s something transfixing about the thought of the magical and mundane colliding, which is probably why I’ve loved urban fantasy since way before it became an “official” genre classification. The first two book series I read on my own as a child that nurtured my desire to write paranormal fiction were Susan Cooper’s The Dark is Rising sequence and C.S. Lewis’s Chronicles of Narnia. I return to these two series periodically and find myself just as bewitched by them today as when I first read them. With the explosion of urban fantasy and paranormal romance over the past few years, I’ve written several different flavors of mythological creatures, and Marissa, my Fury protagonist and Chief Magical Investigator for Boston, “introduced” herself to me when I set out to write a mock query letter for an online writing contest. That story was supposed to be about her niece, but Riss kidnapped my writing muse and wouldn’t let me go. I’ve always been fascinated by the Greek myths behind furies and harpies so I’m actually ecstatic that Riss wouldn’t shut up inside my head until I got her story down!

Why set your book in Boston? Have you visited there often?

My book is set in Boston because I got tired of writing books set in my own hometown of St. Louis and I absolutely love Beantown. I lived nearby in Salem, Mass, for a year and worked in downtown Boston so it was really a natural location for me to choose when I decided to set a series in another area. (Don’t get me wrong, St. Louis—I still love you! A girl’s just gotta have a little variety in life!) My fabulous in–laws live in Maine so I try to get back to Boston at least every couple of years to keep the city “fresh” in my heart and mind.

When, were, and how do you write?

I am fortunate enough to be a full-time writer now so I write just about every day Monday through Friday and then on the weekends whenever the mood strikes me (or when I am under deadline—like now! ). I have a gorgeous little office that my wonderful husband helped me set up but I also write a lot on my laptop in the living room. I am mostly what is referred to as a “panters”: i.e. I write “by the seat of my pants” with a bare minimum of plotting ahead of time. Fortunately, I also write fairly clean so by the time I reach the end, I really just have to go back and add in any necessary foreshadowing or details my conscious mind might have missed putting in the first time through.

What’s the last book you read )other than your own! )?

I am currently in the middle of Gena Showalter’s Playing with Fire. Before that were C.E. Murphy’s Walking Dead, Chloe Neill’s first two Chicagoland Vampire books, and Michele Rowen’s first two Demon Princess books. I read a lot (and a lot of urban fantasy/paranormal romance)!