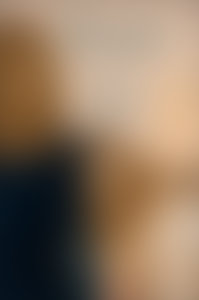 Kate Veitch is a journalist and author who grew up in Melbourne, Australia. Currently, she divides her time between San Francisco and New South Wales, Australia.

Without a Backward Glance

What was the inspiration behind Trust? Which were the key issues you were most interested in exploring?

The initial inspiration was a single image, of a man bursting into a hospital room where a young person lay unconscious, and a middle-aged, exhausted-looking woman startling up from her seat, asking ‘Where were you? I had no idea where you were!’ Of course, I immediately starting asking myself, ‘Who are these people? What’s happened? Why couldn’t the man be found when he was needed?’ Answering those questions brought this whole novel into being—but not without many false starts and distracting dead ends. Throughout, I was interested to explore what it is that people don’t know, or aren’t willing to face, not only about each other, but about their inner selves. Interpretations of duty and loyalty, and the ways in which women in particular are constrained by notions of goodness, are among the key issues. And it’s been very satisfying to build whole lives informed by that first fleeting image.

Often in Trust, an entire chapter is written from one character’s point of view. What methods do you use to flesh out a character and how do you go about finding each character’s voice?

I will often write a scene or a whole chapter from one character’s point of view, then rewrite it from another’s. I find this very helpful in making both the scene and the characters involved become more ‘real’ to me. With every draft, I get to know the characters a little better, and I spend a lot of time just thinking about them. As a writer, you have to be as interested in your characters as you would be in a real person who matters to you a lot. I’ve always liked observing people, and asking them about themselves. It seems natural to me to write fiction from multiple points of view, and a considerable part of the fascination of working on a novel is in thinking my way into other people’s heads.

Susanna points out in her work that there’s a dark side to everything and, indeed, there are some dark moments in Trust. How do you approach writing an emotionally charged scene and do you have any difficulty tackling such moments?

Usually, I don’t have any problem with scenes of confrontation or anger, in fact I find writing them is often quite exhilerating. But I had a great deal of difficulty with the scenes in Trust in which the little boy, Finn, is mistreated. The abuse of a child is such a horrible thing to contemplate. Initially, I went too far with the character of Gabriel, making him too much of a monster, and also providing too much of his back-story, trying to justify why he was so cruel. Both my Australian and American editors urged me to cut back on all this. (A good editor, by the way, is always, always, right.) In terms of the tragedies which come to preoccupy Susanna: all of these are real events, many of which had haunted me for years. I had written others, too, including some involving the Holocaust and the Stolen Generations of indigenous Australians; again, I had to cut some. My wish is to honour the memories of the people who suffered, a desire I have attributed to Susanna in her drawing of their stories.

Do you see any difference between how any of the issues raised in Trust are seen or discussed in Australia versus how they’re viewed in America?

There are so many attitudes—social, familial, and personal—that influence people’s lives and relationships. And, please forgive the generalisations I am about to make, as the populations of both countries are very diverse. But it does seem to me, having spent about half my time in America over the past five years, that Australians are generally more relaxed about things like swearing, drinking, the body, and sex. We also are more secure financially, with a minimum wage twice that of America’s and an efficient national health care system which covers every citizen. Tertiary education (university and college) is funded largely by the Australian government, with a demanding but straightforward exam-based entry system. There is no big deal about religious belief or church attendance, and you don’t hear much rah-rah about patriotism either. Having said that—Australia has been slower to embrace the changing role of women, and gay people have had a difficult time in many areas. I suspect that in terms of attitudes toward things like infidelity, Australians are somewhere between American condemnation and European insouciance. I hope I haven’t been too long–winded, but all these things go into an understanding of the characters in Trust and the issues they face.

What are you working on now? Do you see future stories involving Susanna Greenfield and the Vissers?

I’m working on a new novel, with the provisional title of Hidden. When people ask me what my books are about I often answer, not entirely facetiously, ‘Oh, modern tortured families!’, and that answer would hold true for this book too. However, I suspect there is an actual crime involved, this time. Possibly two. And that a character from my first novel, Olivia, is going to have a role, though probably not a major one. The characters from Trust may appear in future stories—who knows?—but I’m not planning anything like a sequel. However, I do know what happens to Susanna and all the others. You know what? I’d love to hear from readers where they think all those people will be, say, five years after the close of Trust. You can write to me at kate@kateveitch.com, and we’ll see if your imagined futures for them tally with mine!