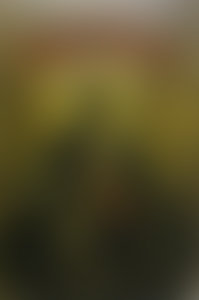 Lenore Hart grew up in the “old” Florida, a place of unpaved back roads, miles of rolling orange groves, and alligators crossing the backyard at night. But by the time she entered college, Disney World had moved in across the lake from her parents’ house. From there she watched rural Florida degenerate into a paved-over theme park. To preserve some small part of it, all she could do was write about that past in poems and short stories. For three years she was a National Endowment for the Arts writer-in-residence in the lake-and grove-studded central region of Lake and Orange Counties.

Years later, she married and moved to the remote, rural Eastern Shore, a narrow peninsula tenuously lashed to Virginia by an eighteen-mile bridge-tunnel. It felt like coming home to her childhood, this farming and fishing community with narrow, shell-paved lanes, deer and geese and crooked creeks and long stretches of green forest.

Along with the move came gradual dissatisfaction with her writing. Though she’d published in a number of magazines and journals, and even been featured on a PBS documentary, she wanted to create something more ambitious. She missed, too, having a community of writers to draw on for support. With this in mind she enrolled in the Master of Fine Arts/Creative Writing Program at Old Dominion University, across the Chesapeake Bay from her home. There she studied and taught with the award-winning fiction writer Janet Peery (Alligator Dance, The River Beyond the World), and with novelist Sheri Reynolds, author of the best-selling Oprah selection The Rapture of Canaan.

Ironically, as Hart made the sixty-five mile drive down the shore and over the bridge-tunnel to Norfolk each week, she noticed some of the things that had drawn her to the Shore were already becoming history. The woods were thinning, giving way slowly but inexorably to convenience stores and housing developments. One day a Big K-Mart moved in. Then stop lights began to proliferate. And the farmers and watermen were beginning to disappear, crowded out like the deer and geese.

On these drives Hart slowly conceived of a story. She wanted to write about sisters, duty to family, and to capture the timeless quality of a place that changes little over the decades. Creating the plot and characters in her head was one thing; finding time to write between exams and reading lists and the obligations of work and family was another.

Then she read about the International Three Day Novel-Writing Contest, sponsored annually by Anvil Press in Canada. Entries must be written over a long weekend, specifically, the Labor Day holiday. So at her husband’s suggestion, she spent that weekend at a friend’s house, writing for fourteen hours a day, her meals brought in on a tray, uninterrupted by teaching or making dinner or phone calls or requests to play with Barbies.

The result was a ninety-five-page novella she called Waterwoman. It didn’t win the contest, but Peery and Reynolds read the story and were taken with it.

Waterwoman’s protagonist, Annie Revels, is happy in her island home with her two parents who, after the deaths of earlier babies, had nearly given up on having children. The only thing to unsettle young Annie’s quiet island life is the birth of her younger sister, Rebecca. Their world is the staunch Methodist barrier-island society of the early 1900s, a closed community which takes care of its own. Over the years Annie grows into a tall, gawky young woman, a tomboy who wants to pursue the commercial fishing life like her waterman father.

Annie’s well-meaning parents punish her when she acts like a tomboy-they want her to have a safe place in the only world they know, to fit in like her younger, prettier sister. Then, when she’s nineteen, her father dies at sea. Driven by necessity, Annie must become the provider for her family. The exhausted young woman quickly discovers her father made the waterman’s trade look much easier than it actually is. She’s either broiling in the sun or freezing in the wind, out on the water all day, only to come home to a testy, bored teenage sister and an elderly mother whose mind has so deteriorated that she too must be cared for like a child.

Into this volatile mix comes Nathan Combs, a World War One veteran turned hunting guide, the first man ever to find Annie – rather than her younger sister – attractive. And Annie soon learns the pain of deciding between duty to family and desire.

Hart rewrote the novella several times, until it had doubled in length. She interviewed retired Shore watermen to glean the real details of their time-honored craft, and consulted with local historians to recreate the real background of the slow, quiet Eastern Shore of the early 1900s. She used the finished manuscript for her MFA thesis. And then, at novelist Sheri Reynolds’ suggestion, she sent it off to Putnam.

The offer that quickly came back seemed to Hart the culmination of more than just having written a book. She felt as if she’d been able to save a bit of the past itself from developers and asphalt and bulldozers and run-off pollution; to preserve a true piece of the old Eastern Shore in an elemental story of love and struggle, betrayal and redemption, timeless and sure as a skipjack skimming the bright, shallow waters of the Chesapeake Bay.

Lenore Hart lives with her husband, novelist David Poyer, and their daughter on Virginia’s Eastern Shore. She is at work on her second novel.

The Treasure of Savage Island