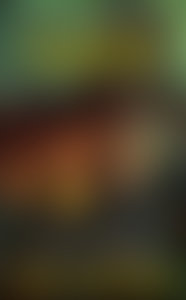 Lisa Shearin is the New York Times bestselling author of the Raine Benares novels, a comedic fantasy adventure series, as well as The SPI Files, an urban fantasy series best described as Men In Black with supernaturals instead of aliens. Lisa is a voracious collector of fountain pens both vintage and modern. She lives on a small farm in North Carolina with her husband, three spoiled-rotten retired racing greyhounds, and enough woodland creatures to fill a Disney movie.

Armed & Magical is set in a traditional fantasy world, replete with elves and goblins. But what’s so refreshing about your novel is the first person narrator, Raine Benares, an elven sorceress. Raine has *attitude*! Why did you decide to put a heroine with contemporary sensibilities in a Tolkien-esque world of swords, horses, and magic?

Anyone looking at my bookshelves can see that I love genre fiction: fantasy, detective, action adventure, mystery, romantic comedy, crime capers, and political thrillers. I think that over the years they all just sort of merged in my head and Raine Benares and her world was the result. I simply wrote the type of books I wanted to read, but couldn’t quite find. Well, that and Raine didn’t give me a choice.

Mixing contemporary sensibilities with traditional fantasy was a hard line to walk. I resisted doing it for as long as I could, but I finally gave in. Raine’s voice just wouldn’t be forced into traditional “fantasy speak,” and third-person was out of the question—Raine let me know that in no uncertain terms from day one. Once I started writing in first-person, I immediately found her voice, and I really knew I was on to something when my other characters started coming out of the woodwork as if they heard their cue to come on stage.

Armed & Magical also has a romantic element, with Raine juggling the attentions of Mychael, a handsome elven spellsinger, and Tam, a sexy goblin. I think we’ve all seen Orlando Bloom as Legolas enough to understand the appeal of an elf, but a goblin is an unusual choice for a love interest. Can you tell us more about your goblins? How are they different from the traditional ones?

I wanted to do something different with my elves and goblins. I have two finished manuscripts in my office closet that I consider practice books for what I’m writing now. In those books, I went with the more traditional idea of elves. In fact, the character that eventually became Raine was an elf princess, of all things. Knowing Raine now, I look back on that and it cracks me up. When I started writing Magic Lost, Trouble Found, I decided that not only should Raine be non-royal, she should be from a family of criminals, and she has to work for a living. No hoity-toity elves for me (at least not for Raine and her cousin Phaelan). However, there will be a hoity-toity, pure-blood, high-elf mage in Armed & Magical, named Carnades Silvanus.

And as to my goblins—most of the goblins in books that I’d read were short, gnarled, and had a bad case of post-nasal drip. Again, I wanted to do something different. I asked myself why couldn’t goblins be gorgeous? Why couldn’t they be tall, lean, silvery skinned, and wicked sexy? And while I was at it, I thought fangs and long black hair would be a nice touch. (Heck, they don’t call it “fantasy” for nothing.) My goblins are just your basic dark-eyed, smooth-talking, dangerous bad boys who you probably wouldn’t take home to meet the parents.

You and your husband are members of a fencing club; no doubt this real world experience is very helpful when writing novels set in a place where swordplay is the norm! How has your knowledge of fencing made its way into the books? Do you and your husband block out fight scenes together?

Since I’ve begun writing Raine’s adventures, unfortunately I haven’t had the time to get back into the fencing gym. But I have five years of fencing experience to fall back on (my Olympic weapons of choice are the foil and epee). And while I was working on the manuscript that would become Magic Lost, Trouble Found, I took private rapier and dagger lessons, and took a lot of notes for future book use. My fencing coach, Wes Caudill, helped me block out the fight scene in the first chapter of Magic Lost, Trouble Found, and is always available for any and all of my combat-related questions.

Like Raine, I like to be creative in my fighting style. Though unlike Raine, I’ve never used a rose bush branch as an offhand weapon. I prefer the more traditional offhand weapons: a dagger, a second rapier (fighting with a pair of rapiers is also known as a “case” of rapiers or Florentine style), a dueling cloak (though I never quite got the hang of that), but what was just too much fun was a rapier and a bullwhip. Yep, you heard me right. Believe me, nothing distracts an opponent like a six-foot whip wrapping around their blade. Hmmm, a bullwhip. That sounds like a weapon Raine would like.

Going back to Armed & Magical, can you give us any hints about what’s next for Raine Benares?

The action in Armed & Magical picks up a week after Magic Lost, Trouble Found ends. Needless to say, Raine isn’t going to catch up on her sleep anytime soon. By the end of page three, Raine’s already got big problems—an assassination attempt on the archmagus, an encounter with an enemy from her past, and an entirely too public display of her Saghred-enhanced powers. Later, Tam has not one, but two, deep dark secrets from his past that he’d rather keep buried. (Of course they don’t stay that way.) Piaras is now a Conclave college student studying spellsinging, and that voice of his attracts way too much of the wrong kind of attention. Mychael has his hands full with Raine, and with trying to keep her from falling prey to the darkest side of the Saghred. Let the fun continue!