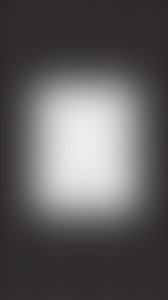 Luca Turin was born in 1953 and educated in France, Italy, and the United Kingdom. He holds a PhD in biophysics from the University of London and was for ten years a tenured staff member of the Centre National de la Recherche Scientifique (CNRS). From 1993 to 2000 he was lecturer in biophysics at University College London. Since 1996 he has worked on primary olfactory reception and the prediction of odor character. In 2001 he became chief technical officer of Flexitral, where he uses his theory of olfaction to design new fragrances and flavor molecules. He wrote the very first perfume guide in 1992, a relatively small (270 fragrances), literary, and confidential affair. Although out of print and out of date, his guide has achieved cult status among perfume aficionados. He has twice won the highest honor for perfume writing in France, the Prix Jasmin, in 2001 and 2004. Turin’s fame is partly based on a BBC documentary about his scientific work, A Code in the Nose, which still airs in reruns all over the world. Turin’s book The Secret of Scent was released to critical acclaim in 2006.

The Little Book of Perfumes