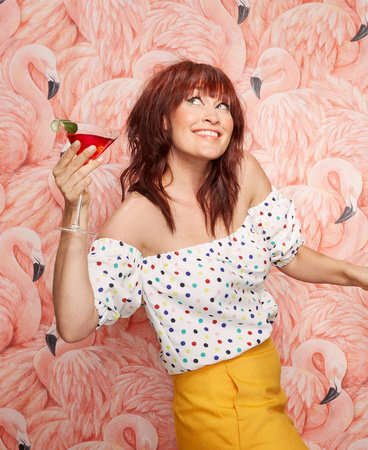 Mamrie Hart is an actress, comedian, and New York Times bestselling author who established a standout presence in the pop culture zeitgeist with her hit YouTube channel, You Deserve a Drink. Reaching more than three million followers across her social media channels and more than eighty-four million views on YouTube, Mamrie’s influence as a creator earned her a coveted position on Variety‘s annual list of Hollywood’s New Leaders 2016 and a spot on The Hollywood Reporter‘s 2017 Digital Disrupters list. In 2016, Mamrie wrote, executive-produced, and starred-in Lionsgate’s feature-length comedy, Dirty 30. Her other writing and acting credits include Camp Takota, a feature that outperformed Oscar-nominated films during the week leading up to the Academy Awards on iTunes’ top downloaded movies chart. Mamrie is from middle-of-nowhere North Carolina. She now lives in Los Angeles with her tiny hairless dog, Beanz.

I’ve Got This Round

You Deserve a Drink