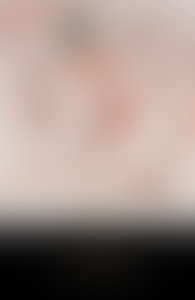 Marcus Tullius Cicero (106-43 BC), Roman orator and statesman, was born at Arpinum of a wealthy local family. He was taken to Rome for his education with the idea of a public career and by the year 70 he had established himself as the leading barrister in Rome. In the meantime his political career was well under way and he was elected praetor for the year 66. One of the most permanent features of his political life was his attachment to Pompeii. As a politician, his greatest failing was his consistent refusal to compromise; as a statesman his ideals were more honorable and unselfish than those of his contemporaries. Cicero was the greatest of the roman orators, posessing a wide range of technique and an excpetional command of the Latin tongue. He followed the common practice of publishing his speeches, but he also produced a large number of works on the theory and practice of rhetoric, on religion, and on moral and political philosophy. He played a leading part in the development of the Latin hexameter. Perhaps the most interesting of all his works is the collection fo 900 remarkably informative letters, published posthumously. These not only contain a first-hand account of social and political life in the upper classes at Rome, but also reflect the changing personal feelings of an emotional and sensitive man.

In Defence of the Republic