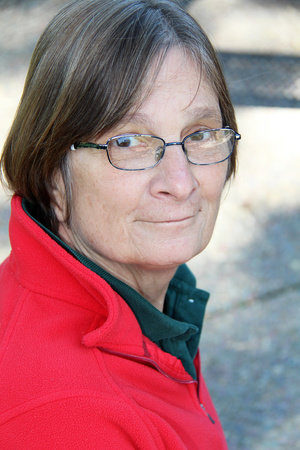 Martha Elliott has been a journalist for almost 40 years. She was mentored in graduate school by veteran journalist Fred W. Friendly and became his colleague, producing award-winning television programs and writing three books and numerous articles and speeches. She has run a newspaper and has also taught at Columbia and at the secondary school level. The recipient of many awards, her most recent is Vassar’s Time Out Grant for 2014-15 to write a novel. She has three children and several grandchildren and lives in Maine.

The Man in the Monster

Martha Elliott’s initial interest in writing about convicted serial killer Michael Ross was that he was asking for the death penalty in a state that had not carried out an execution in four decades. If there were ever facts to support the death penalty, it was this case; Ross had raped and murdered eight women, and he admitted to doing so. Martha Elliott was opposed to the death penalty and, perplexingly, so was Ross.

“He thought it was a barbaric thing to kill somebody because the person had killed somebody else,” Elliott said in an interview with Penguin Random House. Ross had intense feelings of guilt about his actions and told Elliott that he didn’t want to put the families through another trial. “He thought if the death penalty was the punishment for what he did, then that’s what he deserved.”

Elliott’s first interaction with convicted serial killer Michael Ross was  a series of interviews she did for a 1996 article about him for the Connecticut Law Tribune, and she spent another decade interviewing him until he was finally executed. Her new book, The Man in the Monster: An Intimate Portrait of a Serial Killer, is her story and Ross’s as well as an elegiac exploration of the death penalty through their unusual relationship.

Penguin Random House and Elliott spoke recently about her years interviewing a convicted serial killer, and how the experience informed her views on the the criminal mind and the death penalty in America.

PENGUIN RANDOM HOUSE: When you first started interviewing Ross, did you feel unsafe? Creeped out?

Martha Elliott: I was creeped out by the idea of meeting him once I had already made the arrangements to interview him. Then I started going to court, and he turned around and mouthed to me, “Are you Martha?” and I wanted to crawl under the bench. In prison — if you’ve ever been a maximum security prison, there are so many layers between you and everybody else that there’s really not anyway to get hurt by someone. I was more afraid of getting stuck in there.

ME: That is the one question that only Michael Ross could answer. The biggest experts in the world can’t tell you for sure whether there was a point where he could stop himself. Most of them said that once he’s got into enough of a launch mode, it was almost impossible for him to stop. His sex drive was attached to the wrong thing. It’s like telling a normal, heterosexual man not to be attracted to a woman. He would try to keep himself from going out, but he would inevitably go out driving, find a young female walking beside the road, and he would stop and grab her.

PRH: Had he already agreed to accept the death penalty before you talked to him for the first time?

ME: No. He had asked for the death penalty, but there was a series of negotiations between him and the prosecutor from the first trial. It’s not easy to give up your life, and they were trying to make sure he had dotted every “I” and crossed every “T” so that it would meet scrutiny in the higher courts. Ultimately, though, the courts rejected his attempt to forego a second trial, and he went through one.

BIOG: And he never strayed from admitting that he had killed all of those people?

ME: No. Never. I asked him time and time again whether there were any more bodies, and he always insisted that there weren’t. He may have forgotten one or two before the police questioned him about it, but he didn’t deny that he did it. As soon as the police brought up where the bodies were buried, he admitted it.

PRH: He was a sharp guy — Ivy League educated. How much did you wonder if you were mostly there for his entertainment?

ME: I wondered that at the beginning, but I truly think he regarded me as a friend. I didn’t have to answer his calls. I didn’t have to go visit him. I didn’t have to do anything, especially once I wrote an article about him. At any point, I could have said, “You know what? I think I’m being played. I’m done.” But it never happened. I really, truly think he was sincere. He truly wanted to find answers to why he became what he became. He was willing to suffer embarrassment and accept any conclusion. If I had said to him, “I think you’re a rapist who’s trying to hide,” I think he would have accepted that as the truth.

PRH: You were initially interviewing him for an article but not necessarily to write a book, right?

ME: No, I had no intention of writing a book. As soon as I finished that article, I wanted to erase my memory banks of anything to do with this case. I didn’t want to think anything about any of these crimes. I wanted to be done with it. It was giving me nightmares. It was horrific. I had seen autopsy pictures and crime scene photos; if you’ve ever seen that, it’s not a pretty picture. I wanted to be able to forget it. But I couldn’t. And eventually, I wanted to write a book about it.

PRH: What made you come back to the subject after putting it aside?

ME: I never really stopped. After the article came out, he called me and wanted to congratulate me on the article. He kept calling about other things, and he wanted me to keep looking for more answers. I knew that there were only a few other people he could call — his father, his jury advisor, a few friends — but there was nobody he could call without any agenda. I didn’t have the heart to hang up when I picked up the phone and heard, This is a collect call from the Connecticut Correctional Institution.” I don’t regret it at all now.

PRH: The book is hard to categorize. It’s partly true crime reporting, partly Ross’s biography, partly a memoir of your experience with him over a period of a decade, and partly a sociological piece about the death penalty. Do have complicated feelings about what shelf the book should be on in bookstores?

ME: When I started, I wanted it to be a book about the death penalty and mental illness and to deal with the legal issues. But there was no way to do the book without discussing the crimes, and his psychological profile had to be part of it. He was a complicated, regretful and remorseful man, and I was also trying to give a voice to the victims.

PRH: Why did you meet with him for a decade? For such a long period?

PRH: How did your family react to you spending a decade with a convicted serial killer?

ME: There were times when it got in the way. When my twins were in the fourth and fifth grade was the time leading up to Ross’s execution, and I was on the phone with him every day, morning, noon and night. There was a time difference — I had moved to California — so he would call when they were getting up and getting ready for school, and they would want my attention. My son at one point said, “You are the worst mother in the entire world because you care more about a serial killer than your own son.” That cut right to the heart. I told Michael that I could not talk so much, that my children need my attention too.