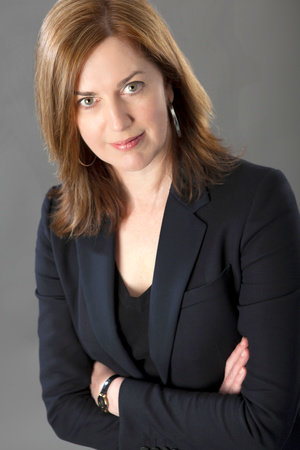 Into the Black Nowhere

You were “discovered” by your American publisher after a full-page essay by Steven King appeared in Entertainment Weekly. How did that feel? What was your reaction after reading that piece?

I was blown away. My first impulse was to grab an armload of magazines from the newsstand and shove copies into people’s hands. But I was at Dulles airport in Washington, and decided that running through the terminal waving and shouting would be a bad idea. I was thrilled that an author of Stephen King’s stature, whose books I love, was praising my work. And I was grateful and amazed at his generosity in supporting another writer so enthusiastically. I only hope that someday I can offer the same support to others that he’s given to me.

You are an American writer living in the U.K., writing American thrillers. How do you ground your novels so firmly in the States while living abroad? What has the British reception of you work been like?

I’m a Californian. I’m living in the U.K. because of my husband’s job (with an American IT firm), and I love London. But California’s home. I grew up there. My family’s there. I go to California three or four times a year. That’s how I keep in touch with what people are talking about, listening to, getting annoyed by. And it’s how I get my supply of corn tortillas and salsa verde. Also, Junior Mints.

The British reception has been, as they say in the U.K., brilliant. (Of course the Brits say lots of things are “brilliant,” including clean socks and ham sandwiches. So I don’t let it go to my head.) I think California’s a wonderful — and thoroughly normal — place. But my British readers think it’s wild and exotic. They like seeing the place through the eyes of an American.

How did you come up with the idea for the dirty secrets club? Is it based on anything you have heard of in real life?

I invented it. But I invented it after reading about web sites where people post their secrets, anonymously. People have a craving to confess — to the world. But they also want to stay hidden. And the very idea of a secret being “dirty” implies that people will want to dig it up. Forbidden knowledge has an irresistible lure. And I thought: what if a group of people took the idea further? Turned it into a club, a confessional, and eventually a game of truth or dare?

Where does the character of Jo Beckett, forensic psychiatrist, come from?

Jo explores the mysterious, messy, twisted landscape of the human mind. She analyzes dead people for the police, to determine whether their deaths were accident, suicide, or murder. While I love CSI, I wanted to write about a character who explores victims’ lives, not their bodies. Jo searches for meaning — her territory is the psyche and the human heart.

And I didn’t want her to be a humorless drone, obsessed by the work. She’s a California girl. She loves sushi and tacos, can’t survive without an hourly hit of coffee, hates earthquakes, and thinks climbing a cliff at Yosemite is a great way to relax.

Did you research forensics and psychology to create Jo?

Extensively. My sister is a psychiatrist, so I have an expert on call for research. (Why do you think I chose a shrink as a heroine?) And my sister put me in touch with a colleague who’s a forensic psychiatrist. He talked to me about his work, and provided me with reams of material.

But it wasn’t psychiatrists who gave me the hardest time about accuracy — it was rock climbers. I sent them a two-page scene where Jo goes climbing, and got back five pages of corrections.

Your background is in law. How has this helped you or hindered your writing?

It’s reduced my fear. I’m not facing a judge, with a client’s fate on the line. I can do whatever I want to my characters without real-life consequences. As long as I thrill readers, that is.

Have any real-life cases inspired you in your writing?

Not cases, but people. (Including some eccentric lawyers I’ve met.) Practicing law, I saw how some people truly are shameless, and will try to get away with anything. Others simply can’t resist the urge to confess. And some people — lawyers, clients, judges — do believe that justice exists. That’s inspired me.

How do you come up with the cinematic action scenes in your books?

I picture them. Thoroughly and vividly. I’ll even act them out. Then I think about every chase scene or action piece I’ve watched — and change mine so it doesn’t rehash something everybody’s seen or read before. I think: what could go wrong? How can I make it funny? And what could make the scenario ten times worse? How would a regular person try to get out of such a disastrous situation?

Why did you set your story in San Francisco, right after a series of earthquakes?

I love San Francisco. It’s one of the world’s truly stunning cities. And beneath the beauty there’s an undercurrent of danger. One hundred years ago, San Francisco was virtually destroyed by earthquake and fire. Today, people there are wary of the Big One — the massive quake that’s predicted to hit. And in a thriller, why let anything stay settled, including the earth beneath our feet?

But beyond that, the city’s simply fun. It’s got great food, great culture, and a go-for-anything attitude. Where else would a character like Jo Beckett’s neighbor, who has a neurotic helper monkey, be considered only mildly eccentric?

Have you ever experienced a real earthquake?

I’m a Californian. I used to live a mile from the San Andreas Fault. Shake, rattle and rolling comes with the territory. Everything in the book that describes an earthquake comes directly from what I’ve seen, heard, and felt beneath my feet.

Haven’t I seen you on TV before? Perhaps Jeopardy?

Well, since you phrased that in the form of a question& yes, I’m a three-time Jeopardy champion. (I’ll show you the videotapes if you promise not to laugh at my clothes. Or my hair.) I was also on a “”20-20” segment about the show. And later I was on Dick Clark’s quiz show, The Challengers. Toss me questions, and some bizarre trivia gene activates and sends me into a competitive frenzy. Jeopardy was huge fun. I absolutely loved it.