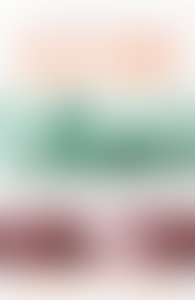 Michael Perino is currently the Dean George W. Matheson Professor of Law at St. John's University School of Law in New York. Professor Perino's primary areas of scholarly interest are securities regulation and litigation, corporations, class actions, and judicial decision-making. Professor Perino has also been a Visiting Professor at Cornell Law School (2005), the Justin W. D'Atri Visiting Professor of Law, Business and Society at Columbia Law School (2002), and a Lecturer and Co-Director of the Roberts Program in Law, Business, and Corporate Governance at Stanford Law School (1995 – 1998).

Professor Perino has authored numerous articles and monographs on securities regulation, securities fraud, and class action litigation. He is the author of the leading treatise on the Private Securities Litigation Reform Act, Securities Litigation After the Reform Act (CCH 2000). He has testified in both the United States Senate and the House of Representatives and is frequently quoted in the media on securities and corporate matters. Professor Perino's comments have appeared and his research has been profiled in the New York Times, the Wall Street Journal, the Economist, Business Week, the Financial Times, Forbes, Fortune, the Washington Post, the Los Angeles Times, and many others. Professor Perino has also appeared on This American Life, All Things Considered, Morning Edition, and Marketplace on National Public Radio, on Bill Moyers' Journal, and on CNBC.

The SEC has retained Professor Perino to provide it with a report and recommendations on the adequacy of arbitrator conflict disclosure requirements in securities arbitration. Professor Perino was also one of the principal developers of Stanford Law School's Securities Class Action Clearinghouse, which was nominated by the Smithsonian Institution for the 1997 Computerworld-Smithsonian Award as one of the five most important applications of information technology created by an educational institution. In 2008, he received the U.S Chamber of Commerce's award for outstanding research on legal reform issues.