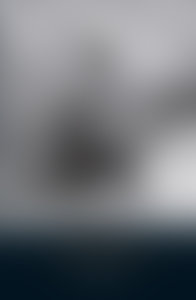 Mulk Raj Anand, one of the most highly regarded Indian novelists writing in English, was born in Peshawar in 1905. He was educated at the universities of Lahore, London and Cambridge, and lived in England for many years, finally settling in a village in Western India after the war. His main concern has always been for “the creatures in the lower depths of Indian society who once were men and women: the rejected, who had no way to articulate their anguish against the opressors.” His novels of humanism have been trabnslated into several world languages.

The fiction-factions include Untouchable (1935), described by Martin Seymour-Smith as “one of the most eloquent and imaginative works to deal with this difficult and emotive subject,” Coolie (1936), Two Leaves and a Bud (1937), The Village (1939), Across the Black Waters (1940), The Sword and the Sickle (1942), and the much-acclaimed Private Life of an Indian Prince (1953). His autobiographical novels, Seven Summers (1950), Morning Face (1968), which won the National Academy Award, Confession of a Lover (1972) and The Bubble (1988), reveal the story of his experiments with truth and the struggle of his various egos to attain a possible higher self.