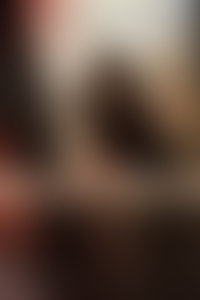 Phaedra Weldon is the author of the national bestselling Zoe Martinique series and The Eldritch Files series. She has published short works in several DAW anthologies and has worked in the Star Trek, Eureka!, and BattleTech franchises. Weldon was born in Florida and lives in the South with her daughter. She is a self-described “writer, mom, geek, anime lover, reader, and artist.”

I love vampires. Looooove them. Always wanted to write about them. There was a time I would buy a book just because it had a vampire in it. Among my all time favorite vampire books are I, Vampire by Michael Romkey, Shattered Glass by Elaine Bergstrom, and Better In the Dark by Chelsea Quinn Yarbro (Heck—this last example goes to anything in the St. Germain series by Yarbro).

But after a while I hit saturation. And I started reading more fantasy, and then urban fantasy, and then decided to write my own. But always there was that indefinable love of the vampires. Which, if you really look at it, it’s kinda gross. I mean—it’s an undead creature that drinks blood. Sleeps in a coffin or in the earth (my favorite idea), and probably has the worst breath on the planet. Ew.

Over the years my interest in the trope shifted—or as I like to say—became refined as you can tell from my example of books. I like the unique mixed with the traditional. I like a spin. So when I began plotting out Revenant, the idea of an Abysmal vampire had been brewing for a while. I’d entertained the concept in a short I’d written for a friend’s website who wanted a Halloween story for an event he was running.

And so Jason Lawrence, Revenant, was born.

I started asking myself—what if a Symbiont fully bonded with a human? Not like in Wraith, with the Reverend Rollins, but to a point where the Symbiont and the human soul become one. Yet, the Symbiont remained a constant companion inside of the Revenant’s mind, as well as a fount of knowledge from its previous hosts, available upon request.

And what if the Symbiont needed blood to keep it grounded within the host? To keep the host looking—human? And what if, in order to become a Revenant’s host, the Symbiont had to be invited in? Voila! Revenant…or in layman’s terms, Vampire. Oh, and to give it even more fun, what if there was a nasty spell that could destroy the Symbiont, as well as the human soul inside of the body? And what if this mess plopped itself right on top of Zoë as she dealt with her ever changing powers, and the intricacies of her heart, which is now torn between Dags, Daniel, and Joe?

Revenant is the mid-climax of Zoë’s road of discovery. In this book she learns not even her family can be trusted to tell her the truth and sometimes what we perceive as good, isn’t always the case.