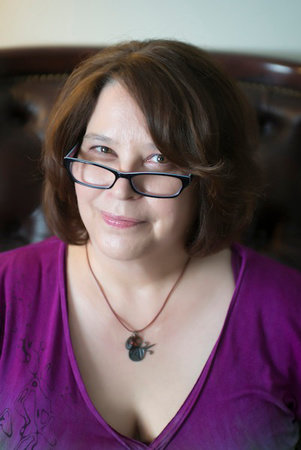 Rachel Caine is the New York Times, USA Today, and international bestselling author of more than fifty novels, including the Stillhouse Lake series, the Weather Warden series, the Outcast Season series, the Revivalist series, and the Morganville Vampires series.

Author Rachel Caine on the books that influenced her | authorcuts

“Outcast Season” is a four-book series that follows a specific storyline—the tale of Cassiel, one of the (self-described) “True Djinn,” (genies), who refuses an order from the highest levels of their society. This has an unexpected result for her: exile. She’s thrown out of the aetheric (the higher levels of existence where the Djinn mainly live), and into mortal form—without any access to the power of the living Earth, which is what sustains the Djinn as much as air, food and water sustain humans.

Forced by circumstances to cooperate with the mortal Wardens (the humans who control the elements of the Earth) to earn access to that life-sustaining power, Cassiel is both prisoner, and powerful ally…with a hell of an attitude. As she gets more and more enmeshed in human affairs, she discovers emotions in herself that she never suspected—and dangers she’s never imagined.

The Djinn have been a delight for me to write in the Weather Warden series, a combination of angels and devils (and capable of being both). I wanted to explore the history of the Djinn, their motivations, and what it must be like for a being such as Cassiel to learn to live among humans, like it or not (mostly, of course, not). The question of what exactly Cassiel refused to do is a primary driver of the story, as well as the development of her character through the four-book series.

I hope you enjoy following Cassiel’s story as much as I’m enjoying writing it. The first book, Undone, premieres on February 3, 2009.

The Great Library author Rachel Caine tells us about the real Library of Alexandria and more in this short but revealing interview.

PENGUIN RANDOM HOUSE: Smoke and Iron was released this July: It is the fourth of five books in your The Great Library series. Writing a series that long is no small feat.

Rachel Caine: It’s funny, because this series started life as a three book series. I realized when I was halfway book three that it was so much bigger than I could fit into three books. They were kind enough to let me go to five books, so this is good for leading into book five, but it’s such a vast world and I’m really excited about it.

PRH: We’re at an exciting part of the series. Things are starting to really shake up in the world you’ve created.

RC: The basic premise is that it is an alternate world where the Great Library of Alexandria never burned down. It never collapsed. The printing press has been suppressed, so they still own everything in original books, and you get to access it via a magical version of an e-reader. Original books, handwritten books, are still illegal to own by individuals. There is, of course, a thriving book trade underground. My main character is the son of a book smuggler. All of this has been building up to book four because they accidentally invented things that they shouldn’t have invented. The Great Library has a huge stake in not losing power.

I know that we want to believe the Great Library was altruistic, but if you go back into history, it was really built originally to enhance the power of the ruler. It was not a lending library. The public couldn’t visit it for many hundreds of years. Once they actually opened a section to the public, it only had select books that you could read there. Women could go as long as they were accompanied by an appropriate “adult.”

PRH: I suppose we’ve look back with rose-colored glasses.

RC: A little bit. Alexandria wasn’t even the only library at the time, and there was actually a rivalry of libraries in which they were all competing to snatch up all of the original works by philosophers, adventurers, and scholars. In fact, one scholar got so angry because he was being recruited by the Library of Pergamon, which is now Turkey, and the Library of Alexandria wouldn’t leave him alone. He was old and tired, so he finally took all of his work and buried it in his backyard instead. That tells you something about just how intense the competition was. Also, people don’t realize how technologically advanced that civilization was, as well. There is something called the Antikythera mechanism that they unearthed in a shipwreck off the coast of Greece. It is made of 30 interconnecting metal gears. They had gears. They understood how to make machines.

PRH: There are automatons in your books.

RC: Right, that’s where it comes from in my books. There are also some period literature about Crete, and how advanced they were. They had moving statues on the corners. As you walked past them, they would turn and look at you. That’s crazy!

PRH: So you’re working on your fifth book now. What can you tell us?

RC: One of the things that I’ve been consistent with throughout the series is that the young people who were recruited into the library’s training program really believed in it. They believed, essentially, in the mythology. Once they started discovering the darkness, they wanted to bring it back to the mythology. They want the library to be better. That’s where they are heading: trying to figure out how to turn this massive powerful organization into something that can benefit the whole world. I don’t think this is the time for downer endings. We do live in “the darkest timeline”, so I really want to be able to turn this into something amazing. That’s where I’m going with the last book.