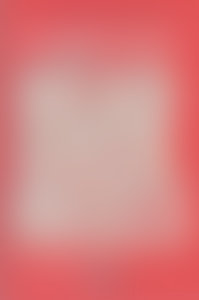 Rain Mitchell (a pseudonym) began practicing yoga as a teenager, and is currently at work on the second Yoga Novel. Rain’s favorite pose is savasana.

Tales from the Yoga Studio

Why did you write Tales From the Yoga Studio?

You can’t open up a newspaper or magazine without reading a story about yoga—the latest trends, the hottest fashions, the economics of it. My eye always goes to the stories, but it seems to me they never talk about the human side of yoga. They don’t talk about the community feeling of a yoga studio, the way it changes your life, and the friendships people form through practicing. I think the only way you can get at that is in a novel. Novels are, first and foremost, about people. The working title was Yoga Friends because so much of the book is about the friendships formed around doing yoga.

Did you do a lot of research?

Only in the sense that every yoga class I go to amounts to research. Every time I go to a studio, I observe or overhear something that is interesting or amusing. I was struggling with a very different, more personal kind of novel focused on one character, and a friend who works in publishing suggested I write about the yoga world. She and I were always discussing classes. So I guess you could call some of that swapping of anecdotes research. Sometimes a small detail she mentioned would spark a whole scene or character.

So this is the first novel about yoga?

There have been lots of novels with yoga scenes in them, but as far as I know, this is the first novel that uses yoga as the center of the book, the core, so to speak, with a teacher and studio owner as the main character. I wanted it to be an insider look at the yoga world, even though I’m not a teacher. The great thing is, we’ve shown it to yoga teachers and studio owners all over the country, and so far, they’ve all had the same reaction: “Oh my god! This is about me!”

What’s your own history with yoga?

I’ve been doing yoga since I was pretty young. I was studying dance, and I had an injury that kept me sedentary for a long time. I was on vacation in Florida with my family, and let’s just say it wasn’t the best time I’ve ever had in my life. Mid-way through, I noticed there was a yoga class as part of the activities at the resort, and I went. I’m not even sure why. It was me and a couple of women in their fifties. But it was a little bit like falling in love, right from the start. In retrospect, it wasn’t the best class I’ve ever taken, but the practice seemed right for my body somehow. It was a good fit physically and going every day for the rest of my stay helped me put my squabbles with my family (and, to be honest, my own acting out) in perspective. I guess it’s fair to say it changed my life.

And you’ve been practicing since?

Pretty much. But to keep up with the falling in love idea, I’d say there have been periods of separation. At the moment, yoga and I are in another honeymoon phase with a somewhat serious, almost daily practice.

Do you practice a particular style of yoga?

I’m fairly promiscuous. There are so many studios available these days, I pick and choose based on convenient times and locations. But I have a core set of teachers I try to study with at least a few times a month. They challenge me the most and help me grow. Like Lee in the novel, they have a combination of expertise and compassion that’s pretty compelling. I think it’s good to do different styles because you learn something about your body and alignment and breathing and strength that’s different from class to class. My first committed relationship was to Ashtanga. I’m still partial to vinyasa and “power” yoga, but I take Iyengar classes sometimes and even Bikram every once in a while. I hate the expression “it’s all good,” but in this case it fits.

Do you find it hard to keep to regular practice while writing?

There’s nothing better than following up a writing day with a yoga class. If the writing didn’t go well, it helps me let go of my disappointment. If it was a good writing day, I can sometimes easily do poses and arm balances that are otherwise a struggle.

So is the book a kind of advertisement for yoga?

Please! It’s entertainment for adults. First and foremost, I want people to care about the characters, get caught up in their stories, and have a good time reading it. That said, several people who’ve read it who don’t do yoga have said: “I think I should try a class again.” That’s gratifying.

You clearly love yoga, but there’s a lot of fun poked at certain aspects of the current yoga scene, especially in LA.

True. And I don’t see any contradiction in that. There’s a lot of behavior in some of the most unabashedly commercial aspects of the yoga world that’s ripe for satire. Even the people involved in it are aware of that. So I think it’s absolutely possible to love and respect yoga while poking fun at some of the excessive behavior around it. Yoga is about finding balance within yourself. And some aspects of the yoga world are a little out of whack.

You’re a fairly reclusive person. What’s that about?

I think writers have to be keen observers and really good listeners. It’s much easier to listen and observe when you’re anonymous and not the focus of anyone’s attention. I’ve always found it easy to blend in and go unnoticed if that’s what I’ve wanted, and it’s just what I’m most comfortable with. My goal as a writer is to get inside the heads of my characters. I’m not especially interested in anyone getting inside mine!

This is a projected series. How’s the second book coming?

It’s every bit as much fun for me as the first. I’ve come to know these characters pretty well, and in the brief vacation I took between books, I missed them terribly. What’s especially fun about the second book is seeing the way some minor characters in the first take on new importance here or have had a life-altering event. And I love seeing how some of the central characters are changing.

Nothing specific, but let’s just say that as in real life, things aren’t always as they seem at first glance. Also, one tiny preview, I went to a yoga retreat/festival this past summer, and I’m writing it off as research. You may draw your own conclusions!