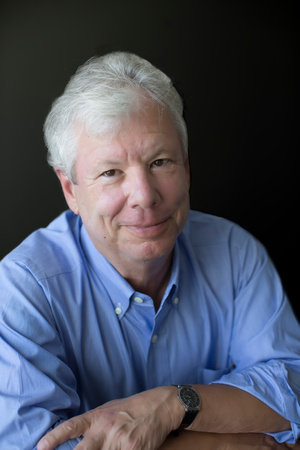 Richard H. Thaler, who was awarded the Nobel Prize in Economic Sciences in 2017 for his pioneering work in the fields of behavioral economics and finance, is the Charles R. Walgreen Distinguished Service Professor of Behavioral Science and Economics at the University of Chicago’s Booth School of Business, where he is the director of the Center for Decision Research. He is also the co-director (with Robert Shiller) of the Behavioral Economics Project at the National Bureau of Economic Research and the 2015 President of the American Economic Association. He has been published in several prominent journals and is the author of a number of books, including Misbehaving: The Making of Behavioral Economics.

Sign me up for news about Richard H. Thaler and more from Penguin Random House

Q: You say that people have biases and make blunders. Why? Is there something wrong with us?

A: No, there is nothing wrong with us, we are just human and fallible. We have to make thousands of decisions every day, from what to wear in the morning to which article to read first in the newspaper, and we cope with this complexity by devising mental shortcuts. Some of the most exciting research over the last decades shows that while these shortcuts work well most of the time, they can also lead us astray. As a result, we make terrible mistakes about how health, our money, and our happiness. And because we are so busy, we can be manipulated by seemingly tiny changes in the way our options are described or "framed." You're much more likely to to choose to have an operation if you're told that "90 percent survive" than if you're told "10 percent die," even though the two statements mean the same thing! Since the frame influences the choice, it acts as what we call a "nudge."

Q: What are some of the situations where nudges can make a difference?

A: Well, to name just a few: better investments for everyone, more savings for retirement, less obesity, more charitable giving, a cleaner planet, and an improved educational system. We could easily make people both wealthier and healthier by devising friendlier choice environments.

Q: Can you describe a nudge that is now being used successfully?

A: All over the country, companies are adopting the Save More Tomorrow program. Firms offer employees who are not saving very much the option of joining a program in which their saving rates are automatically increased whenever they get a raise. This plan has more than tripled saving rates in some firms, and is now offered by thousands of employers. Here's an intriguing possibility: If you want to increase charitable giving, and help people who need help, consider asking people if they'd like to join a Give More Tomorrow Plan.

Q: You are very adamant about allowing people to have choice, even though they may make bad ones. But if we know what's best for people, why just nudge? Why not push and shove?

A: Government is fallible! Those who shape our decisions can overreach or make mistakes, and freedom of choice is a key safeguard. One of our goals in writing this book is to show that it is possible to help people make better choices while retaining or even expand freedom. If people have their own ideas about what to eat and drink, and how to invest their money, they should be allowed to take their own path.

Q: Some of your proposals seem to be "liberal" and others "conservative." Does this book come from the left or the right?

A: Neither. We respect freedom, but we also think that it is possible to help people. In our highly polarized society, we can make great progress by working in the gaping hole between the left and the right. We like to think of our positions as "radically moderate" – and of our basic framework as something you've never seen before.