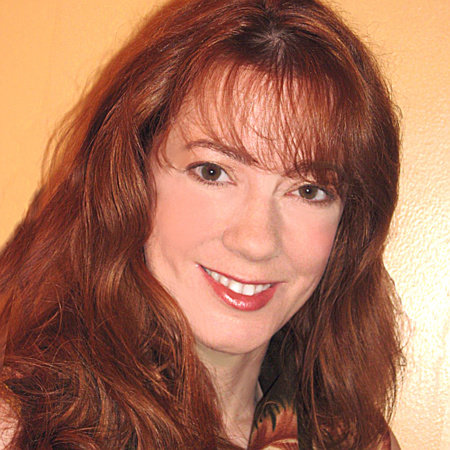 Rob Thurman is the New York Times bestselling author of the of the Cal Leandros novels, the Trickster novels, the Korsak Brothers novels, and several stories in various anthologies. For updates, teasers, music videos, deleted scenes, social networking (the time-suck of an author’s life), and various other extras such as free music and computer wallpaper, visit the author online.

Not only does that sound a bit stiff—(we’re friends, right?), but it also brought up the magical Word paperclip, who is so horribly, desperately eager to help me write this ‘letter.’ I’m surprised I haven’t driven that paperclip into raving insanity by now. When you write in a first person-stream of consciousness style, driving paperclips insane is damn easy to do. Somewhere, inside what you think is an abandoned building, is actually an asylum full of screaming paperclips, climbing the walls and begging in the name of all that is holy to let them punctuate something…anything…already.

The paperclip probably isn’t too wild about the fact that I curse either, in life and in my books. It’s been said a thousand times before, but it bears repeating: if a monster is gnawing on your arm like it was a chicken wing at Hooters, ‘darn the luck’ just doesn’t quite capture the true flavor of the moment. But that might just be me. My tolerance for having my arm gnawed off might be extremely low compared to others. I might be a wimp when it comes to any body part being chewed on, ripped off, or simply tickled a little too ferociously.

Now to the meat, the non-chicken wing kind, of the matter. All my past books (The Cal Leandros Novels: Nightlife, Moonshine, Madhouse, Deathwish, Roadkill (2010); my story ‘Milk and Cookies’ in the anthology Wolfsbane and Mistletoe; and a standalone novel, Chimera, to be published June 2010) have been written from a first person male point of view. And although I write under the name ‘Rob Thurman’, I am a woman. But Trixa Iktomi in Trick of the Light is the first female protagonist I’ve written since…well, ever…and I started writing when I was ten years old (ah, the embarrassing 1980s Battlestar Galactica stories that are hidden somewhere in a box in my mom’s basement.)

I had serious doubts. Could I do it? Could I pull it off? Hell, I once received a fanmail on my Cal series that said, roughly, ‘Finally! A man does a male point of view. Female writers simply can’t do it.’ I thought, huh, I’ve been insulted and complimented all in one. But what if now I get a ‘God, stop writing a female point of view. You’re a man. You don’t have a clue.’?

I gave it my best shot, my best womanly shot, though, and I think I carried it off. Yes, Trixa kicks ass…that’s a given, but she’s clever. Her reasoning is more convoluted than my typical male protagonists, her practical jokes are less Three Stooges and more Pulp Fiction…and then she goes and kicks ass some more.

She fights demons and angels. Heaven and Hell. Neither are what they seem, although the demons are far more entertaining. They have nice cars, great jobs (have you ever met a lawyer who advertised on TV, a Hollywood agent, a used car salesman that didn’t have at least a fifty percent chance of being a demon?) and, well, they’re fun. What’s the point of being a villain if you don’t enjoy it? And enjoy it they do, happy as clams in their human bodies that are nothing but attractive bait to bring in the unwary. I know, difficult to think of nightcrawlers or chum being hot, but hot they are. They will be exactly what you want them to be.

Really…a soul for all that—it’s worth thinking about.

Or they’ll eat you. Variety is the spice and all that. I’m thinking they’d use hot sauce on humans. We’re probably a little bland. Or teriyaki. What’s not to love about teriyaki?

And that’s about three-fourths of the book. Just as Cal has a different ‘voice’ when he came on the urban fantasy scene in 2006—dark, sarcastic, and absolutely true to who he is…*what* he is and addictive as hell if you love your snark—I wanted Trick of the Light to be different as well. And at the end, I hope I accomplished that. I hope I turned some urban fantasy conventions upside down (Trixa’s intention of getting a ‘Slayer not Layer’ bumpersticker being the very least of that.) And to channel Sesame Street…I put in one surprise ending…two surprise endings…three surprise endings.

If you say, ‘Damn it, cut back on the surprises already. I had to take a Ritalin to finish the thing,’ then I’ve done my job.

And if I haven’t done my job, I don’t know what to tell you. Three surprise endings, people. I’m drained.