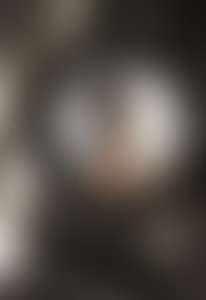 Rosemary Graham is the author of the young adult novels THOU SHALT NOT DUMP THE SKATER DUDE (AND OTHER COMMANDMENTS I HAVE BROKEN) and MY NOT-SO-TERRIBLE TIME AT THE HIPPIE HOTEL, both published by Viking. Her essays and commentaries have appeared in the San Francisco Chronicle, the Santa Monica Review, and on National Public Radio’s “All Things Considered.” She teaches English and Creative Writing at Saint Mary’s College of California and lives in Berkeley with her husband and daughter.

Thou Shalt Not Dump the Skater Dude

What was your inspiration for writing Stalker Girl? Did it start with the concept of stalking, with the character of Carly, or with something else?

It started with a half-realized scene of an unhappy teenage girl sitting in a café watching and marveling at another teen girl who, from the outside, seems perfect. Like many writers, I'm a big people watcher and I often find imagine my way into other people's lives. Some time ago I realized that when I'm happy, I tend to invent sad stories for strangers. I focus in on things that seem to indicate trouble. The girl who keeps checking her phone is desperately hoping to hear back from the boy who's drifting away. But when I'm sad, I imagine that everyone else is happy. The girl obsessively checking her phone is excited because she and her fabulous boyfriend have backstage passes for a Vampire Weekend show that night and she needs to know when he's picking her up. Looking back, I think it's interesting that both Carly and Taylor were present in my initial half-realized scene. Brian, the boy they both love, was nowhere to be seen.

You structured this book in a unique way, opening with Carly stalking Taylor, then "rewinding" six months to Carly's relationship with Brian. Why did you choose to set up the narrative in this manner?

When people use the phrase "Stalker Girl," they often also use an adjective like "crazy" or "creepy" or "pathetic." As if to say only the saddest specimens of humanity would stoop so low. I wanted to show how—under the right circumstances—anyone can make bad, stupid choices. The section of the book that goes back and shows how Carly became a Stalker Girl starts out by declaring "She wasn't always like this." Once upon a time, Carly was just like any other seventeen year-old. She had friends, a good family. Then, little by little, she started to lose the things that made her feel secure. She doesn't realize it, but all the little losses take a toll.

In the digital age, it's relatively easy to use the internet to find out information about old friends, former boyfriends, or—as in Carly's case—ex-boyfriend's new girlfriends. At what point do you think the line is crossed from harmless snooping to dangerous stalking? What advice would you give teens who worry they have crossed that line?

I do think technology makes it more tempting—and possible—to stalk others. Teens today say that a little Facebook stalking after a breakup is "normal." I think the point to watch out for is when your behavior interferes with your life. If you're losing sleep or study time or neglecting your friends because you're so busy tracking your ex (or maybe it's someone you believe is in your future) then you're in trouble. I say tell someone the truth about what you're doing. True, trust-worthy friends help us avoid self-destruction. "Friends don't let friends…;" is brilliant because it's true. Of course, you have to know that you can trust the person you're going to share your secret with. If you're not entirely sure you can trust a friend to keep your secret, tell a counselor or teacher or some other adult you trust.

Have you ever used the internet to find information about someone from your past?

You create two twists in the traditional stalking scenario: (1) your stalker is a girl, and (2) she isn't stalking her own ex-boyfriend, she's stalking his new girlfriend. Why did you make these choices?

One of my favorite reviews of Stalker Girl, from the online music magazine Caught in the Carousel, says it's a story about "how we always seem to be chasing the parts of ourselves that we think are missing." That's what Taylor represents to Carly—the girl she wishes she could be.

What is your writing process like? Do you write early in the morning, late at night, every day or just certain days? Do you have a critique group or friends or colleagues who give you feedback?

Ideally, I write for two or three hours in the morning before I do the work associated with my day job as an English professor. On days when I am able to write, I must first do two things: drink one big strong coffee and swim. And I must not, under any circumstances, check email or go online or try to prepare my classes. If I do any of that, if I concern myself with the world outside my head, it's very hard to get back to the one that only exists inside my head. I often "run away from home" to write. I get an inexpensive hotel room (in a hotel that has a pool) and write for three three-hour shifts a day with breaks for meals and swimming. These retreats are wonderfully productive for me. And my husband and daughter enjoy some father-daughter time.

I do have a writing group, and I credit the women in it for helping me finish Stalker Girl. I had given up on the manuscript after two failed attempts—I was not in a group when I wrote those. When I was invited to join this small group of novelists, I asked the members to read the most recent failed version and tell me the honest truth. Was it worth finishing? I was fully prepared to put it aside. Lots of writers have a novel (or two) "in the drawer," the one that didn't work out. But my writing group gave me an emphatic "yes!" and cheered me to completion.

Music plays a role in this book since Carly's ex-boyfriend is a musician. Did you listen to any particular songs or albums for inspiration as you were writing this book?

Somewhere in the notes for Stalker Girl I scribbled "more like VW." I meant "Vampire Weekend" whose music I love for its sound and its stories. Brian's band—Ernestine is Everywhere—is my attempt to create a band that's as smart and funny as those guys from Columbia. But I don't listen to music as I write. If anything, I listen to "white noise," recordings of waves crashing or birds tweeting.

While this book clearly isn't autobiographical, are there any elements you borrowed from your own experiences?

Ummm. I do very much relate to Carly. I grew up outside New York City in the Connecticut suburbs. My parents were divorced, and my father lived in Manhattan. I based the way Carly sees and feels about Taylor on how I saw and felt about the New York girls I'd see when I went into the city to see my father. They all seemed perfect to me. They had great clothes, great hair and a way of carrying themselves that seemed so—for lack of a better word—cool. Even the way Manhattan girls walked and talked seemed different and better from how I did.

Do you have a sense of what happens to Carly, Brian, and Taylor after the book ends? Or when the book ends, do you mentally leave the characters where they are on the last page?

I haven't thought too specifically about Brian and Taylor but I do imagine that they go on being the (mostly) happy people that they are. Taylor isn't perfect and as Carly eventually sees, there's some pain in her life. Maybe more on the way. I think Ernestine is Everywhere (Brian's band) might continue to enjoy moderate success. Though I don't think they'll become stars.

Carly will be okay and to borrow from another great story-telling musician, Bruce Springsteen, "someday [she'll] look back on this and it will all seem funny." But that'll take a while.