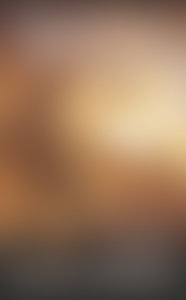 Steven R. Boyett sold his first novel at 21 and went on to publish novels, short stories, feature screenplays, and comic books. In 1999 he took some time off from writing, and during this period he learned to play the didgeridoo, a unique Australian wind instrument. This led him to learn about digital recording, which led to composing electronica, which led to DJing. He produces three of the world’s most popular music podcasts: the groundbreaking Podrunner and Podrunner: Intervals (workout music mixes), and Groovelectric (dance music mixes of what he calls New Old Funk). Steve has played clubs in Hollywood, Las Vegas, San Francisco, and Reno, as well as Burning Man. He has been a martial arts instructor, professional paper marbler, advertising copywriter, legal proofreader, writing teacher, website editor, chapbook publisher, and composer. He lives in Los Angeles with his wife and two frighteningly intelligent parrots.

Sign me up for news about Steven R. Boyett and more from Penguin Random House

My first novel, Ariel, was published in 1984. Its premise is that one day everything just Changes: technology stops, and another set of rules (let’s call them “magic”) replaces them.

Twenty-five years later Ace has published Elegy Beach, my sequel to Ariel. It has been unequivocally the best publishing experience I have ever had, and an absolute delight even during a lot of hard work (for me and for Ace).

One thing about the sequel seems worth addressing here, though (besides the fact that it’s just happened to show up a mere quarter-century later, and that’s addressed in Elegy Beach‘s afterword): A few people have told me it’s a bit disconcerting to read Elegy Beach and run across references to cell phones and the Internet and iPods and suchlike, when no such things existed in Ariel. It’s as if the world before the Change was different for each book.

My response is that the world before the Change really was different for each book. Nearly thirty years stands between the writing of those two novels. In those three decades we began to transition to an information economy and a global society. Communications technology migrated online and began to transform culture and services and business and finance in ways as drastic and unforeseen as the invention of the automobile. The level of scrutiny on public figures and private citizens increased at least a hundredfold. The density of information and human population increased to levels that affect almost everything we do and everywhere we go. You might be reading these words at a Starbucks on their Wi-Fi using an app on an iPhone that you bought from eBay with a debit card registered to your Paypal account. Thirty years ago that sentence wouldn’t have made a lick of sense. It would have been the worst kind of sci-fi jargon. Thirty years from now it won’t make any sense, either, except perhaps as quaint historical referencing.

Ariel is more affected by the loss itself than Elegy Beach is, because Ariel takes place immediately after everything Changed. Elegy Beach deals with a generation that has grown up in the post-Change world and feels no sense of loss at all. A generation that regards the things around you right this second as relics whose abilities may well be outright lies. And conversely it deals with that younger generations’ growing understanding that their progenitors have little useful to bequeath them.

To write Elegy Beach with the aim of being totally consistent with the Change at the time of Ariel would have meant blatantly disregarding the astonishing social, cultural, and technological changes developed in the interim. Which takes away a lot of the purpose and the fun of depicting the Change in the first place. Plus, I think such omissions would have been glaring in their absence. Here I am, doing my best to make you believe in talking unicorns and skullshitting centaurs and resurrected blimps attacked by rocs, and retrofitting that world’s past as if the last thirty years never happened seems to create more problems than it solves.

I think readers understand that novels about the loss of technology written thirty years apart are going to have inevitable disparities. I also think we don’t need to believe that America’s crucial whaling industry is underappreciated in order to enjoy Moby-Dick. We read it for the story, for the characters, for the writing itself. Readers still enjoy Edgar Allen Poe or William Faulkner or Philip K. Dick without stopping to wonder why no one in those pages makes cell phone calls.

Well, maybe in Philip K. Dick. But his cell phones are probably powered by one-celled life forms from Ganymede who enjoy being cell phone parts. And that’s why we read him.